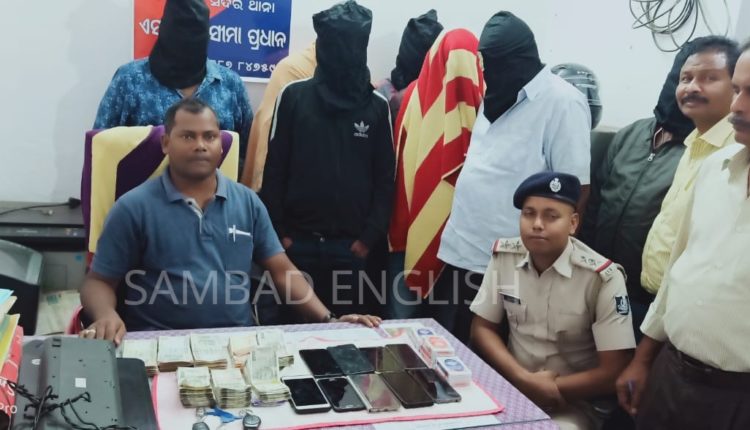 Jeypore: The Koraput district police busted a gambling den at Damaput here last evening and arrested as many as seven persons in this connection.

Acting on a tip-off, a police team led by Jeypore SDPO raided the spot and apprehended the accused. As many as two cars, one motorcycle, nine mobile phones and Rs 2,45,120 have been seized from their possession.

The accused will be forwarded to court today, police sources said.

One hour free internet in this city soon