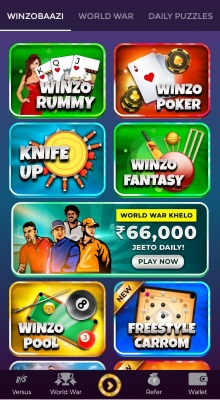 New Delhi: Social gaming platform WinZO on Tuesday said it has reached 100 million registered users on its platform, within four years of its launch.

WinZO’s user base comprises 90 per cent of the users from tier 2 to 5 cities and rural areas, 20 per cent being women.

According to the platform, 25 per cent users are making their first-ever digital payment on the vernacular social platform.

“We are aiming for WinZO to be one of the finest global consumer tech products that delivers a culturally relevant and safe interactive entertainment experience — putting Indian gaming on the world map,” said Paavan Nanda, CEO and Co-founder, WinZO.

With the recent roll-out of 5G, “we are excited about its application in gaming which will allow Indian gaming to be a $10 billion industry over the next couple of years,” he added.

The platform is available in 12 languages, with a strong focus on mobile-first users of “Bharat”.

WinZO has a base of over 70,000 regional micro-influencers and content creators from the remotest of towns and cities. It has former Indian cricket team captain MS Dhoni as its brand ambassador.

WinZO said it has built a tech platform which helps college students and language experts earn upto Rs 20,000 per month by providing localisation services from any part of the country.

It offers more that 100 games in six formats, resulting in average time spent by users on the platform being 55 minutes.