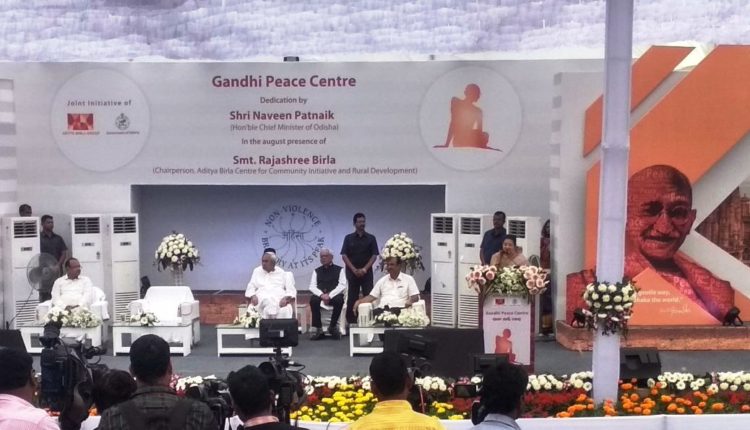 The Gandhi Peace Centre, built on five-acre of land, is a digital interactive museum promoting the Gandhian values and principles among the people, particularly among youths.

The centre, set up with the support of Aditya Birla Group, has six galleries, where memorabilia and articles used by the Father of the Nation have been put up for display.

The centre will conduct a multimedia show on Gandhi’s ideology of truth, non-violence and policy of Jainism till March 15. This apart, a debate and ‘bhajan’ programme will also be organised.

The state government had signed an MoU with the Aditya Birla Group in 2017 for operation and management of the interpretation centre at Khandagiri-Udayagiri caves and decided to rename it as Eternal Gandhi Peace Centre. The MoU is valid for 15 years.

“The dedication of the Gandhi Peace Centre here today in the 150th years of Gandhi’s birth anniversary assumes significance,” Patnaik said, adding that the centre will provide an institutionalised platform to awaken consciousness about life and works of Gandhiji and educate people to realize the deeper significance of his ideals.

“India achieved freedom in 1947. By this time, non- violence had become truly global, an identity of India-ness, and a more potent weapon than violence,” Patnaik said.

The Odisha chief minister reiterated his demand for incorporating non-violence in the Preamble of the Constitution in Gandhi’s 150th birth anniversary.