Gangster Dhal Samanta to be shifted to Balangir jail in Odisha 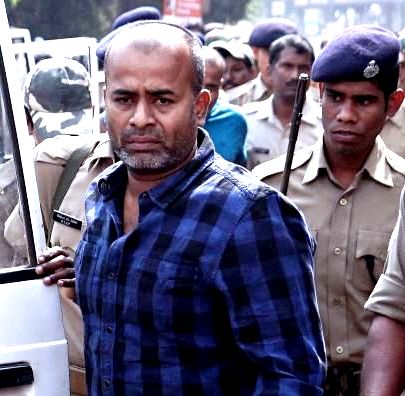 Cuttack: A local court in Cuttack today allowed the police to shift the gangster Sushant Dhal Samanta from Jharpada jail in Bhubaneswar to Balangir jail.

The gangster was accused of making criminal conspiracy even after being lodged in jail.

Odisha: Punjilal walks out of jail on parole to perform last…

Earlier, the Commissionerate police had taken Dhal Samanta along with BJD’s sacked CMC Corporator Ranjita Biswal on three-day remand for investigation into firing on contractor Bijan Pal at Subhadrapur under Cuttack Sadar police limits on Feb 23.

Ranjita was arrested on March 7 on charges of supplying firearms to Mrutyunjay Nayak for murder of Pal.

Reports said Samanta had plotted the conspiracy to eliminate Pal. On his direction, Nayak had opened fire at Pal.

Police arrested Nayak on March 4 and seized three pistols and 55 rounds of ammunition from his possession. He had confessed to the crime during investigation and revealed that Ranjita had supplied firearms to him for murder.