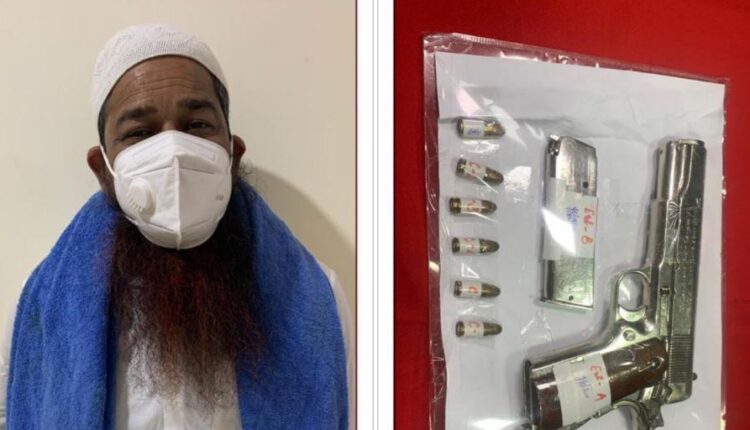 A country-made 9 mm pistol, six live ammunitions, one magazine, and a mobile phone have been seized from his possession. Several cases under the Arms Act are pending against him at various police stations in Cuttack and Kendrapara.

According to sources, a team of Dargha Bazar police, acting on a credible information, reached near Ravenshaw Collegiate Girls High School where the accused was trying to extort Rs 5 lakh from a person at gunpoint yesterday night.

While police nabbed and apprehended Muna Laden, his associate managed to flee the spot on a motorcycle.