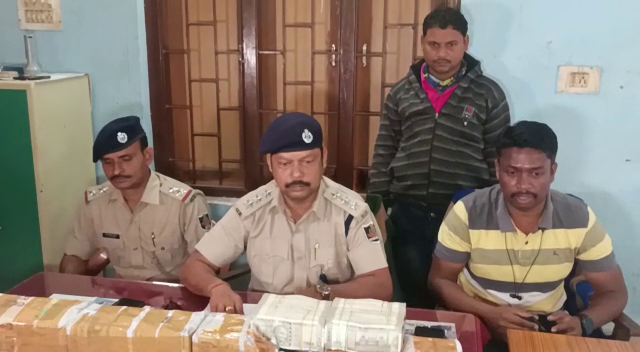 According to reports, a team of excise officials of Cuttack district suspecting ganja trafficking near Toll Plaza at Tangi raided at the area. During the period, the sleuths recovered Rs 80 lakh cash from one person identified as Sukumar Sahoo.

Along with huge cash, the detained person was allegedly travelling in a private bus from Cuttack to West Bengal.

“One of my relatives gave me Rs 80 lakh to hand it over to someone in West Bengal,” the accused told media.

“We were frisking buses near Tangi Toll Gate yesterday night. While checking one bus ‘Indrani’ en route to Kolkata from Cuttack, we caught one person, who was with two air bags in the bus, suspecting narcotic items inside it. We found Rs 80 lakh cash wrapped in four paper packets. We detained that person for investigation to ascertain whether the amount he collected after selling any banned contraband like ganja, brown sugar or narcotic drugs,” said Cuttack Sadar Inspector.

As per prima facie, the detained person received the money from his brother-in-law, who is into jewelry business in Cuttack city, and was travelling to Kolkata, he revealed.

The seized amount and the accused will be handed over to the Tangi Police for further investigation.