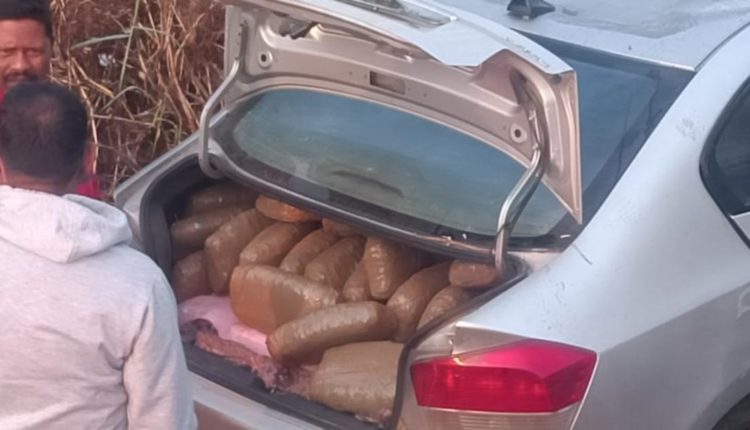 Binika: In a bizarre incident, a ganja laden car plunged into a canal after it was stopped for frisking by the excise officials in Odisha’s Sonepur district.

Though no casualty took place in the incident, the car driver fled from the site.

However, the car plunged into a canal after the driver lost control over it.

While the driver managed to escape from the site following the incident, the excise officials detained a person. Later, the car was fished out of the water and taken to Sonepur.

Covid guidelines for Dec: Here’s what is allowed, what is…