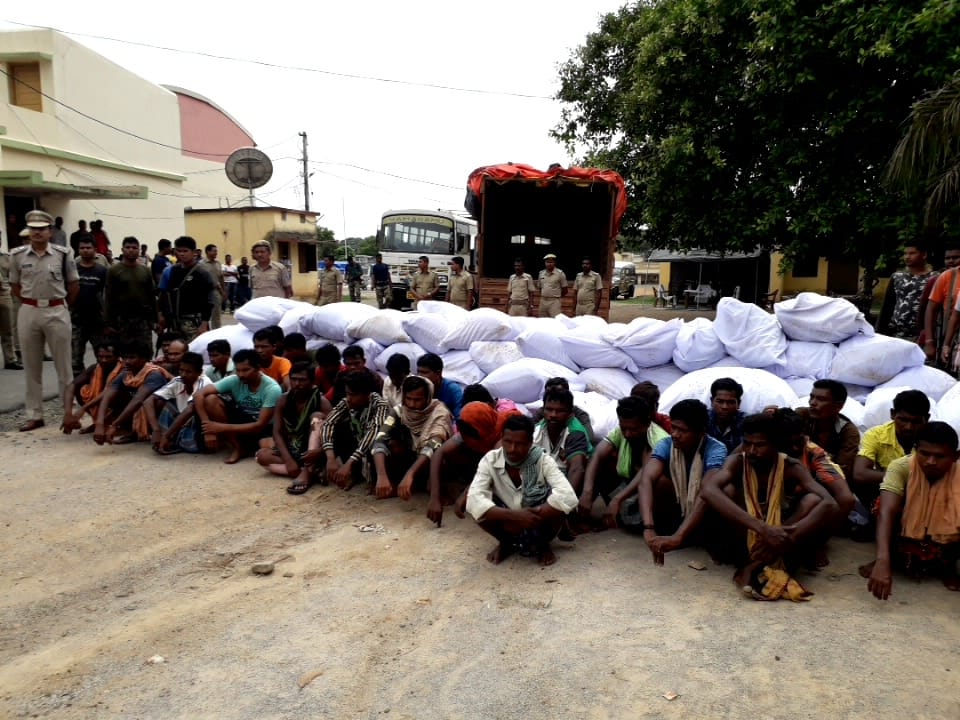 Malkangiri: In major breakthrough, the Malkangiri police busted a ganja smuggling racket and seized a huge cache of the contraband item after arresting 34 persons in Mathili police station area of the district.

Acting on an intelligence report about movements of ganja smugglers, a 75-member police team conducted a patrolling in the forest area of Mathili police station on wee hours on Friday and seized 3,305 kgs of the contraband item. Out of the 34 arrested persons, 17 are from Malkangiri, 11 from Nabarangpur, five from Koraput and one from Chhattisgarh. All accused were forwarded to court today.

With this, the Malkangiri police has so far detected 48 cases this year in which 12,426 kgs ganja has been seized and total 104 persons have been arrested.

Two days ago, a huge consignment of ganja being carried out by over 100 smugglers was detected in Orkel police limits in the district. Though a police team intercepted them and had a face off with the ganja peddlers, the latter managed to escape due to night hours. A cop was also injured in the clash and later admitted to a hospital in Koraput. After the incident, the police had alerted the Intelligence unit in the area.

Now get head, foot massage on trains from Indore