Ganja seized from ambulance in Malkangiri 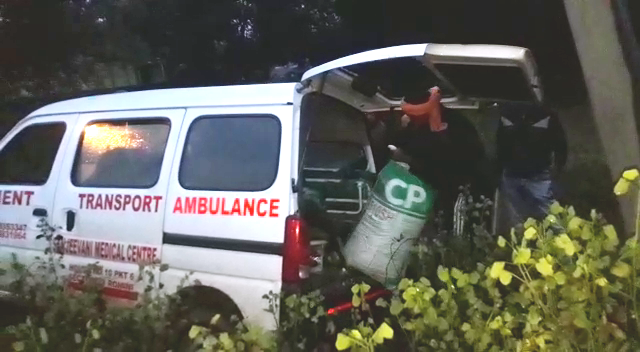 Malkangiri: An ambulance carrying ganja worth lakhs of rupees was seized by Mudulipada police in Malkangiri district late last night. However, no arrest has been made in this connection till yet.

Sources said an unidentified person was smuggling the contraband item in an ambulance on Mathili-Khairaput bypass road. A police team was conducting patrolling at that time near Mathili. The driver later lost control over the vehicle while trying give the cops a slip, following which the ambulance skidded off the road.

While the driver managed to escape from the spot, the police team seized 3 sacks containing cannabis from the ambulance and took the vehicle to police station.

An investigation into the incident is on, police said.