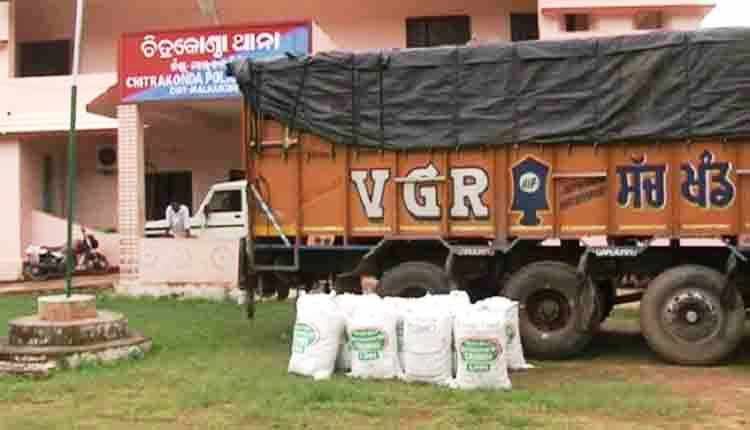 Malkangiri: The Malkangiri police seized ganja weighing 390 kg from a truck at Chitrakonda and arrested two persons in this connection late last night. The cops produced the accused before court today.

Sources said while conducting a patrolling near Essar company Square at Chitrokonda, a police team intercepted a speeding truck and later conducted an inspection.

During the search, the cops seized cannabis that were being smuggled to Haryana from Andhra Pradesh, said Chitrakonda police station IIC Ram Prasad Nag.