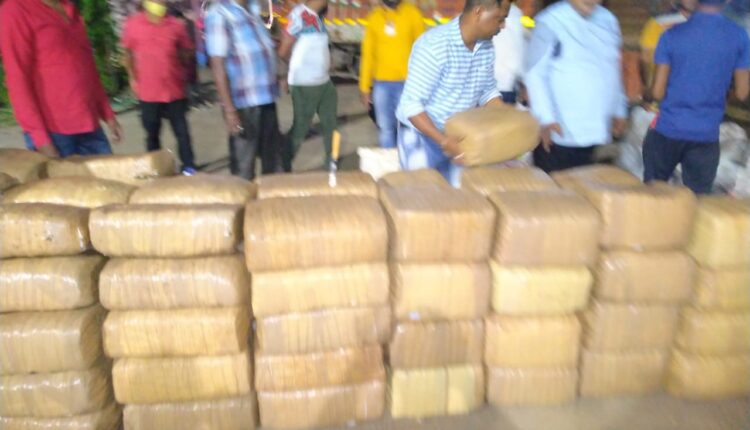 Acting on reliable information,a police team led by Jeypore Sadar Police Station OIC A Mahakur conducted a crackdown near Jeypore Ghat and intercepted a truck coming from Koraput. On searching the vehicle, the cops recovered 93 packets containing 1,001 kg ganja worth Rs 1 crore and nabbed a person driving the vehicle.

The cops seized the truck, three mobile phones from his possession. The accused, Amrinder Singh (31) of Haryana, will be produced before court today.

“Others persons involved in the racket are being identified and steps are being taken to apprehend the suspects as soon as possible,” said police.

Dengue cases on rise; free testing at these Govt hospitals in Khordha