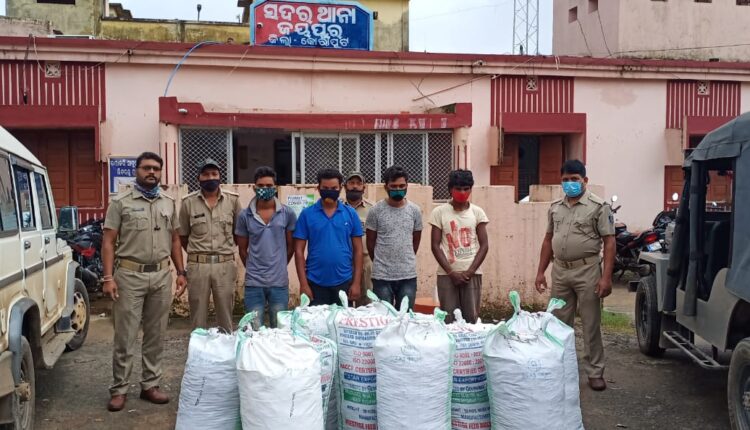 The accused persons have been identified as Samit Naik (25), Tapan Majhi (25), Bijay Pangi (28) and Balram Khora (23). While first two peddlers are from Jaripal village under Chhendipada police limits in Angul district, two others belong to Bhatiguda village under Baipariguda Police Station in Koraput district.

According to reports, the four suspected persons were illegally transporting the ganja in an unregistered pick up van from Baipariguda area late on yesterday night.

Cannabis worth over Rs 2 crore seized in different parts of…

Acting on a tip-off at around 12.30 am, a team of Jepypore Police headed by OIC A Mahakur proceeded to Patraput bridge and intercepted the vehicle. The police detained four persons and searched the vehicle.

During search, total 336.800 kg ganja worth about Rs 25 lakh were recovered from the vehicle, said Jeypore Sadar Police in a release.

All the accused persons have been booked under 20 (b)(ii)(c) of NDPS Act.