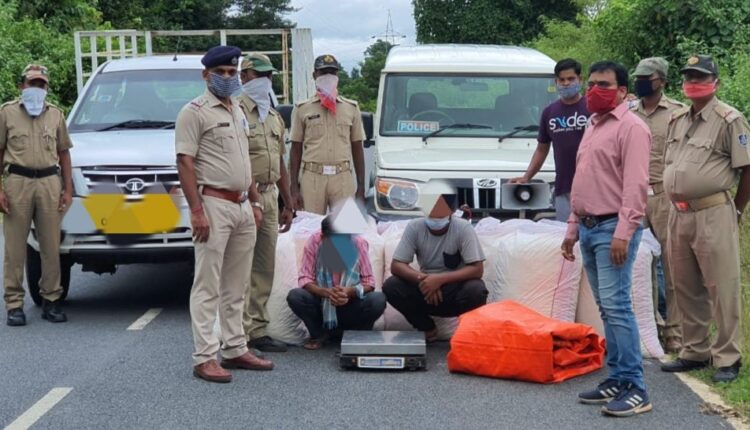 Paralakhemundi: The Mohana police have seized 391.7 kg of ganja worth around Rs 30 lakh in Odisha’s Gajapati district and arrested two persons in this connection.

According to sources, a police team was patrolling near Kalameri village between Luhagudi and Chandiput yesterday morning when they intercepted a car around 9.30 am. During the search, ganja packed in 13 sacks was found from the vehicle.

The accused, identified as Paul Pani (owner of the vehicle) and driver Anughara Lima of the district, were carrying the contraband from R. Udayagiri to Berhampur after purchasing the same, sources said.

A case has been registered in this connection and further investigation was underway.