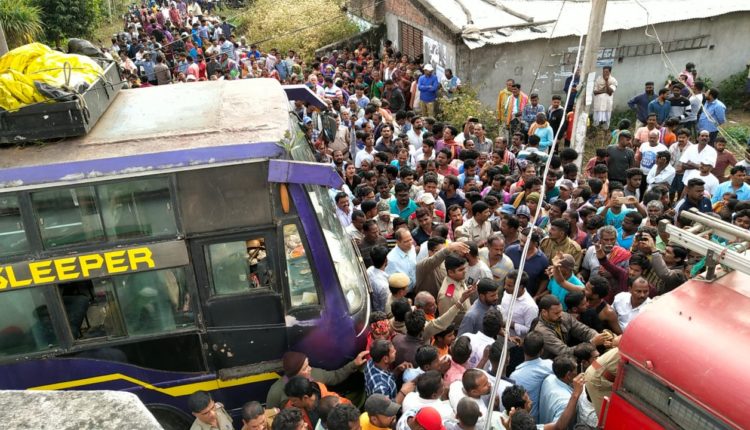 Cuttack: One more person injured in the Ganjam bus tragedy died today while undergoing treatment at the SCB Medical College and Hospital in Cuttack taking the death toll to 11. The deceased was identified as Mahalaxmi Reddy (55). She was undergoing treatment at the intensive care unit (ICU) of the SCB hospital and breathed her last at around 8.30 pm.

Currently, seven injured due to the accident are undergoing treatment at the SCB hospital.

Worth mentioning, on February 9, at least nine persons, including six women, were electrocuted to death while 22 sustained injuries when a bus in which they were travelling came in contact with a power transmission line in Golanthara area of Ganjam district. Later U. Debraj, an 11-year-old injured in the bus tragedy had died at the SCB hospital while undergoing treatment the same day.

Odisha to spend Rs 3,500 cr to transform SCB hospital into…