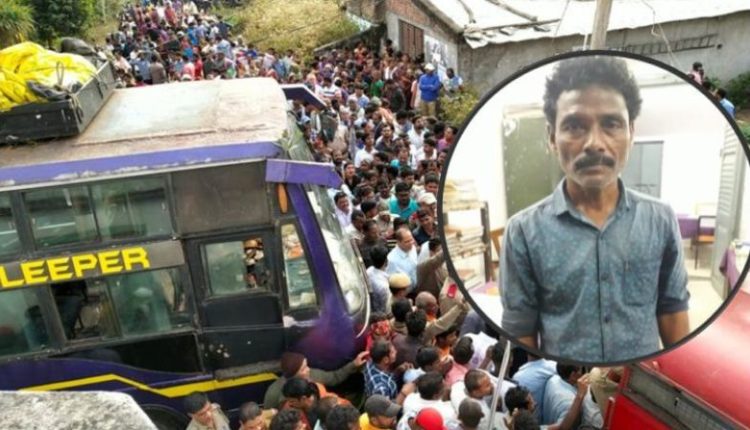 Berhampur: Police today arrested the driver of the bus that came in contact with a live 11 Kv wire killing 10 persons and injuring more than 20 on February 9 in Ganjam district. The driver, Golak Bihari Nayak was forwarded to court following his arrest.

Sources said despite being aware of the wire which was dangling dangerously, the bus driver tried to take the vehicle under the power supply line.

Earlier, on Monday, the Odisha government suspended four engineers of two departments for the Ganjam bus tragedy. The four engineers – two of them from the Energy department and another two from the Rural Development department were placed on suspension for dereliction of duty.

The incident took place on Sunday afternoon when a bus with about 40 passengers on board came in contact with 11KV live wire in Golanthara in Ganjam district.