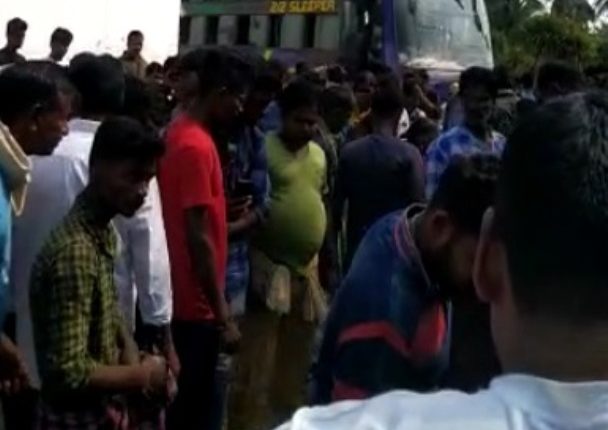 He also conveyed his deep sympathy to the bereaved families for the great loss. He announced free medical treatment for the victims injured in the incident.

A pall of gloom descended on the locality after 9 persons in a bus were killed and 27 others were injured in the mishap today.

According to reports, members of a few families were travelling in the ill-fated bus from Jangalpadu to Chikarada village to attend an engagement ceremony. The persons were electrocuted after the vehicle came in contact with an 11 KV wire at Mendrajpur area at around 1.00 pm.

Acting promptly, the police and fire services personnel reached the spot and rescued the persons from the bus. While five persons died on the spot, four others succumbed on the way to hospital.

Reacting to the incident, Transport Minister Padmanabha Behera assured for a probe to ascertain the cause that led to mishap.

“A probe will be carried out to ascertain the circumstances which led to the mishap. Treatment of the victims is our current priority,” Behera said.

Meanwhile, a team of Southco has rushed to the site for conducting an inquiry.

“Further action will be taken after getting the report,” said OPTCL CMD Saurabh Garg.