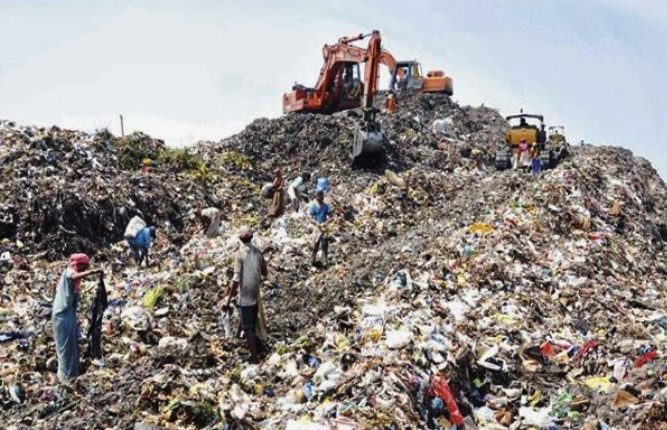 Bhubaneswar: Here’s a huge relief for residents of Daruthenga on outskirts of Bhubaneswar who had been protesting for relocation of dumping yard since a long time, the local body authorities decided not to dispose waste at the dumping site in upcoming months.

The waste disposal will be stopped at the dumping yard at Daruthenga after operationalisation of micro-composting centres, informed BMC Commissioner Prem Chandra Chaudhury.

“We are trying to set up the centres as quickly as possible. However, it may take around 8 months to 1 year to make entire system operational,” said the BMC Commissioner.

Worth mentioning, the villagers of Daruthenga panchayat have been opposing garbage disposal after it reportedly created serious health hazards at the locality.

The residents claimed that the dumping site has become a breeding ground of mosquitoes. The waste emits foul smell after getting soaked in water during monsoon.

Earlier in 2016, former Sarpanch of Daruthenga Prashant Routray had spearheaded a movement against BMC by preventing waste transporting vehicles from entering into the dumping yard. He faced arrest for allegedly manhandling the police personnel in stand-off between villagers and BMC authorities.

Projects worth Rs 1,700cr approved for development of mineral bearing areas of Odisha