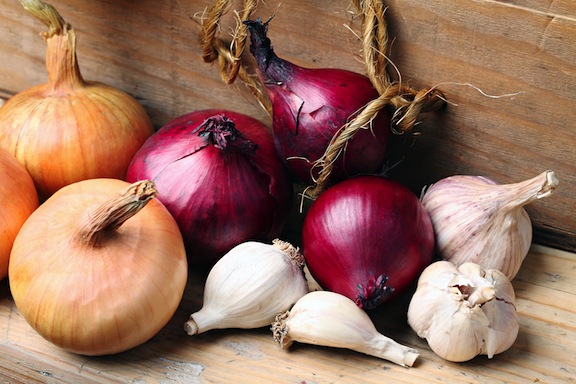 Beijing: Consumption of allium vegetables including garlic, onion and leek, is associated with a reduced risk of colorectal cancer, researchers say.

Colorectal cancer is the cancer of the colon or rectum, located at the digestive tract’s lower end.

The study, published in the Asia Pacific Journal of Clinical Oncology, showed that the odds of having colorectal cancer was 79 per cent lower in adults who consumed high amounts of allium vegetable compared with those who consumed them in low amounts.

“It is worth noting that in our research, there seems to be a trend: the greater the amount of allium vegetables, the better the protection,” said researcher Zhi Li from the First Hospital of China Medical University.

“In general, the present findings shed light on the primary prevention of colorectal cancer through lifestyle intervention, which deserves further in-depth explorations.”

For the study, 833 patients of colorectal cancer were matched to 833 healthy controls by age, sex and residence area.

Importantly, according to World Health Organization, colorectal cancer is one of the most common cancers around the world along with male preponderance with 1.80 million cases and 862,000 deaths in 2018.

In addition, the incidence is on the rise in India.

Covid during pregnancy not linked to complication in newborns