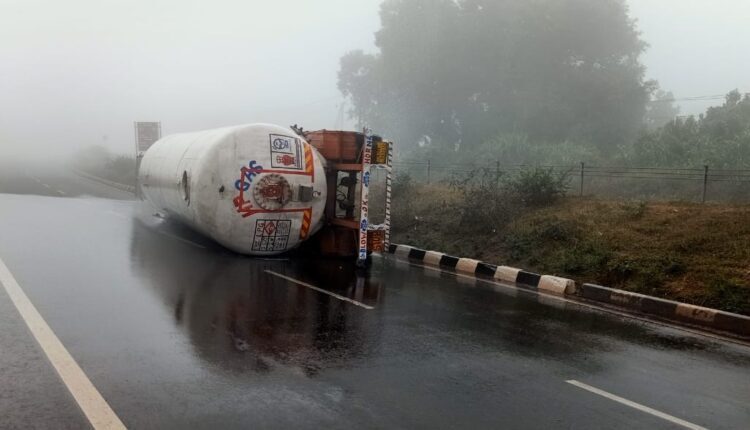 According to reports, driver of the ill-fated vehicle lost control over the wheels due to low visibility caused by dense fog, following which it turned turtle on the road around 5.30 AM. The driver sustained minor injuries in the mishap.

As a part of precautionary measure, police have stopped movement of vehicles on both sides of the portion of the road. On being informed, Fire Services personnel rushed to the spot while efforts were underway to empty the tanker.

Electricity supply to Chhatrapur town was discontinued to avoid any chances of fire mishap.

The truck was heading towards Jatani from Visakhapatnam carrying the fuel.