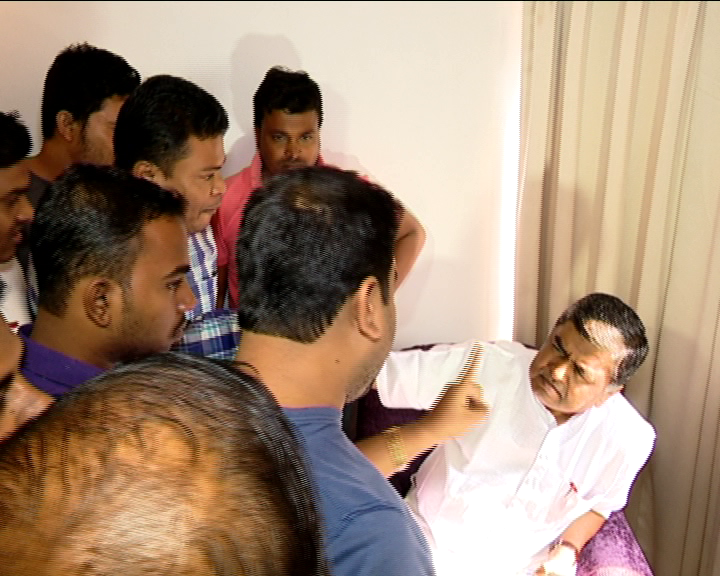 The Disciplinary Committee of the Odisha Pradesh Congress Committee (OPCC) today served show cause notice to some NSUI leaders and an OPCC secretary.

The Disciplinary Committee issued them show cause notice in connection with Wednesday’s incident of NSUI activists barging in into a hotel room here where AICC General Secretary B K Hariprasad, AICC deputy in-charge of the party for Odisha Subhankar Sarkar, Leader of the Opposition Narasingh Mishra and OPCC President Prasad Harichandan were holding a meeting.

They have been asked to show cause within three days as to why action should not be taken against them, said party sources.

It is worthwhile to mention here that some NSUI activists who were angry over non-representation of anyone from the AICC at the funeral ceremony of senior Congress leader Lalatendu Bidyadhar Mohapatra aka Lulu at the latter’s ancestral village Gadarodanga on Tuesday forced their entry into the hotel where the meeting was being held and shouted slogans like ‘Delhi neta go back’ and ‘Prasad Harichandan hai hai’.

The activists had barged in into the hotel room after Mishra came out of it.

While Mishra had told the media that it was an informal meeting, Harichandan had said that they were discussing about the forthcoming panchayat elections and the party’s future plans and programmes.

The NSUI activists alleged that their departed leader Lulu despite being a great organizer was ignored by the party while he was alive and even after his death, while claiming that such attitude of the party had led to his death.

They dared the Central leadership of the party to visit the state.

Chief Whip of the Congress in the State Assembly Tara Prasad Bahinipati has today openly came out against Hariprasad accusing him of failing in discharging his responsibilities.

“It’s being said that there is resentment among the 16 MLAs. Is it not the duty of the state in-charge to sort out the issue by making MLAs, Leader of the Opposition and OPCC President to sit together,” he added.

Commenting on Wednesday’s action of some NSUI activists he said: “NSUI leaders have done no wrong. They have only expressed their anguish from the core of their hearts. Neither have they hurled abuses on anyone nor have they beaten up anyone.”

Mistry must resign as chair of all group companies: Tata Sons