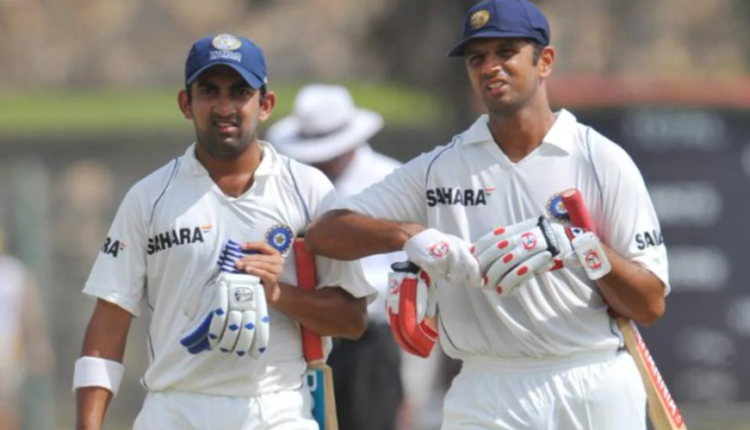 He added that with Dravid being an Indian captain in his playing days, coupled with incredible work ethics, brings a lot to the table.

Dravid, who succeeded Ravi Shastri to be the head coach of the India team, will begin his stint with the three-match T20I series against New Zealand, starting from Wednesday.

He’s captained the side, his work ethics were unbelievable, really hard working. So, I think he brings a lot on the table,” said Gambhir on the Follow The Blues show on Star Sports.

Under his coaching, India had reached two Under-19 World Cup finals, losing to West Indies in 2016 and winning the tournament against Australia in 2018. He also stepped in as the head coach when India toured Sri Lanka for three ODIs and as many T20Is in July this year.

Sharing his thoughts on Dravid’s appointment, former India captain and batting legend Sunil Gavaskar expects him to handle the coaching job just the way he batted as an Indian cricketer.

“When he used to play we used to think that till Rahul Dravid is at the crease, the Indian batting is safe and strong. This is the reason why I believe that the new responsibility of head coach that falls upon him, he will be able to handle it in a similar way.”

Former India opener Aakash Chopra believes that Dravid’s war-like mentality and stability along with his leadership skills will come to the fore as the Indian team head coach.

“When you think of Rahul Dravid, the first thing that comes to my mind is process — planning, execution of that planning, raw, meticulous, looking forward, looking ahead. He doesn’t mind losing those small battles, and aims to win the war entirely. So, this war winning mentality and attitude will come with his leadership, along with some amount of stability.”