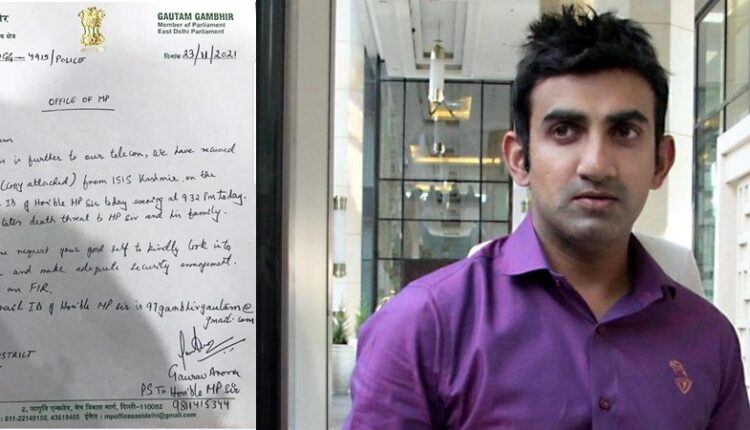 New Delhi: Former cricketer and Bharatiya Janata Party MP Gautam Gambhir has filed a complaint with the Delhi Police, alleging that he and his family have received death threats from ISIS-Kashmir.

“We have received an Email from ISIS-Kashmir on the official ID of MP Gautam Gambhir on November 23 at 9.32 p.m.,” read the complaint filed by Gambhir’s PS.

The mail, accessed by IANS, read: “We are going to kill you and your family.” Deputy Commissioner of Police (Central) Shweta Chauhan said that an investigation into the matter is underway and the security arrangement outside the Delhi MP’s residence has been tightened.

Notably, the 40-year-old cricketer-turned-politician, a staunch nationalist, has been extremely vocal about the issue of terrorism in Kashmir.

Earlier in December 2019 as well, Gambhir had approached the Delhi Police alleging death threats to him and his family members from an international number. He had then also urged the police to lodge a case and ensure the safety and security of his family.

Cyclone Jawad to make landfall on Odisha-Andhra coasts by…