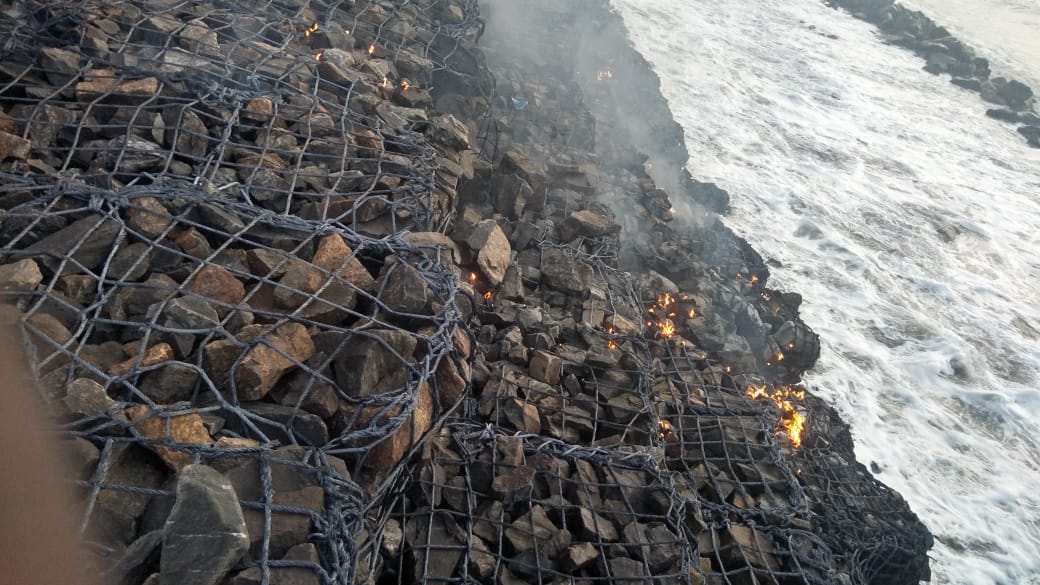 The locals, who were roaming at the sea beach in the morning, spotted the fire spreading to the sea wall. They immediately informed the fire services department while taking initiative to control the flame.

On receiving information, one fire tender service was pressed into action to douse the flame.

Woman burnt alive for asking to repay loan in Odisha’s…

Sources said that around 200 metre stretch of 506 metre-long geo-tube wall has been gutted in fire.

However, the cause behind fire is yet to be ascertained.

Notably, the geo-tune wall is Odisha’s first sea erosion control project under World Bank-funded Integrated Coastal Zone Management Programme. It was installed up at an estimated Rs 33 crore to withstand the ingress of tidal waves.

3-year-old girl strangulated to death by stepmother in Odisha

Board exam dates of NIOS announced

Cyclone over Arabian Sea likely to make landfall between…