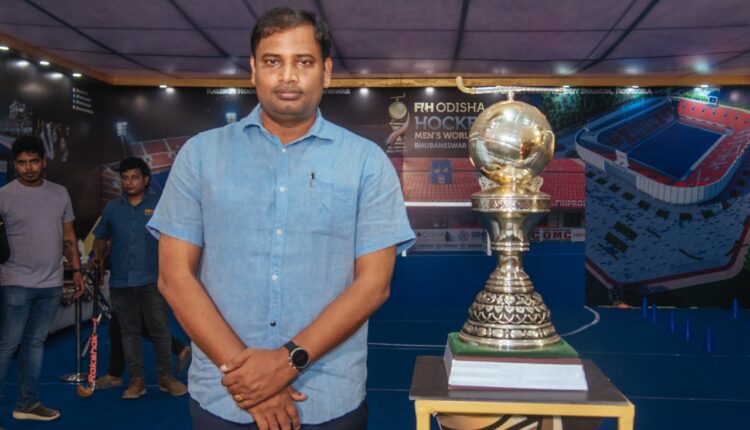 Bhubaneswar: A unique visual treat and experiential fun await hockey fans and visitors of Balijatra that commenced today in Cuttack and will go on till 16 November, 2022. This year, Odisha’s largest open-air trade fair has added a dash of hockey flavour to its celebration.

With just few months to go for the FIH Odisha Hockey Men’s World Cup 2023 Bhubaneswar-Rourkela, Hon’ble Sports Minister Tusharkanti Behera graced and inaugurated a unique enclosure set up by Sports and Youth Services Department and Hockey India in Cuttack at the famous Balijatra in the presence of hockey players, fans and visitors to promote the upcoming prestigious World Cup (WC). 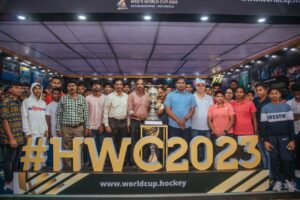 The stall has been curated with style and stands out with its uniqueness, showcasing Odisha’s growth in prominence as global hub of hockey through visual memoirs from the past. Other attractions include an interesting fan zone, a photo booth and opportunity to pose with the WC trophy replica.

“A thoughtful playing ambience has been created to attract and inspire general public, particularly children, towards Hockey and to cherish the glorious contributions of our State government in taking lead role in promoting Hockey at the global level. I encourage people to visit Balijatra and celebrate our moments in Hockey,” shared the Sports Minister Behera.

Notably, since its inauguration earlier today, the stall has grabbed attention and seen commendable number of footfall. Interaction there has revealed the enthusiasm amongst general public for upcoming World Cup and how eager they are to witness great teams play at both Bhubaneswar and Rourkela.

Tremors felt in Lucknow, parts of UP as 6.3-magnitude earthquake hits Nepal