Jeypore: The patients and their attendants at the district headquarters hospital (DHH) here have been gripped by the fear of a ‘ghost’ for the last several days.

The patients and their attendants have been spending sleepless nights after purported videos of a ghost frequenting the hospital went viral on social media.

The Jeypore unit of Congress party has alleged a conspiracy behind the whole episode and sought stern action against the conspirators. 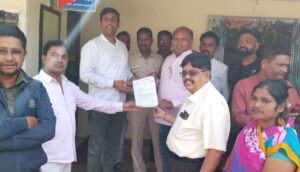 The Congress activists led by party’s Jeypore unit president Narendra Kumar Mohanty today lodged a complaint in this regard with Jeypore Town police.

The Congress activists alleged that some people have made fake videos regarding supernatural activities in the DHH and uploaded them on various social media platforms to create panic among the locals.

They urged the police to launch a probe in this regard and take stern action against people involved in the circulation of the fake videos.

Odisha to set up truck terminals along state, national highways