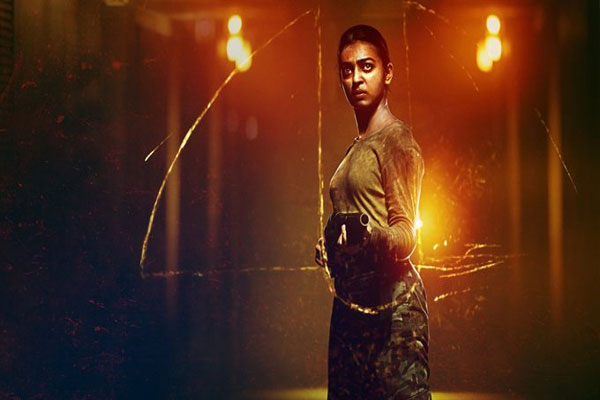 New Delhi:  Director Patrick Graham has chalked out a “solid second season” of his hit horror mini-series “Ghoul”, and would like to revisit the story.

Graham recently returned to OTT with the horror series “Betaal” but, unlike “Ghoul”, his new show was not universally applauded.

“Well, I would love to do that,” Graham told when asked if he would like to revisit the hit show, which ended on an open-ended note.

“I actually planned out a quiet solid second season. But for various different reasons, it didn’t kind of come about, but of course, yes, I’d always love to revisit that story, because there’s such a range of things that you could do with it,” he added.

Meanwhile, Graham is using the lockdown period to work on new stories.

“The lockdown has afforded all writers a lot of time to be able to either work on projects they’ve already been working on or create new ones. So I’ve actually spent the last few weeks just creating new ideas for potential theories and films,” he said.

The director continued: “I’ve just been kind of preparing a whole bunch of different pitches and I’m hoping that eventually some of them might get picked up. So that’s how I’ve been spending the lockdown. So, I’ve got lots of lots of new horror projects, sci-fi ideas and a bit of adventure here and there.”

For his new show “Betaal”, Graham dived into Indian mythology. “Betaal” delves into themes of an age-old cure, haunted tunnel, army of undead and how “evil is eternal”. Graham has created and written “Betaal” and co-directed with Nikhil Mahajan. The show is co-written by Suhani Kanwar.

Set in a remote village, the show narrates the story of a hired military squad, on a mission to destroy a cursed cave, so that a greedy contractor can carry on with his plan to build a highway. In the process, they draw the wrath of the undead.