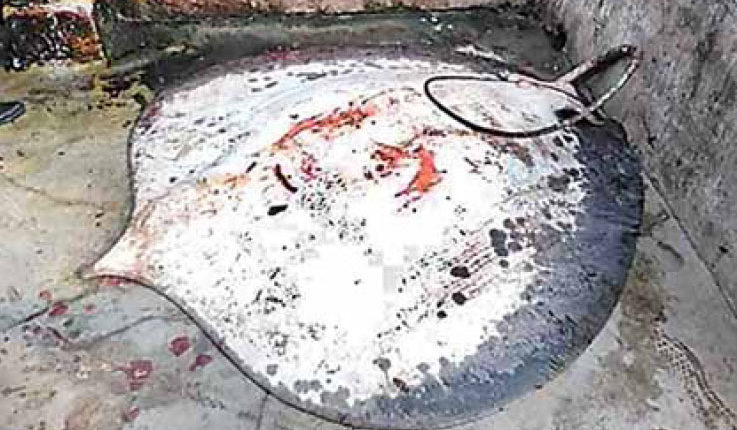 The 15-ft-long fish weighed around over 2 quintal. The fishermen were stunned to see such a huge aquatic animal in fishnet.

According to reports, the fishermen had ventured into the sea on Tuesday morning. During fishing, the huge stingray was caught in their fishnet. Immediately, the fish was pulled out of the water and brought to the godown with help of a trolley.

Later, the fishermen sold the giant stingray at Rs 35,000 to a trader.

However, the local fisheries authorities allegedly ignored the matter after being informed about stingray fishing.

When asked about the incident, Additional Fisheries Officer Chittaranjan Sahoo said that the fishing of stingray had come into his notice.

“Such a giant stingray was never caught in fishnet before. As the government has imposed restriction on fishing of a few varieties of stingray species, action will be taken after identifying its type,” said Sahoo.