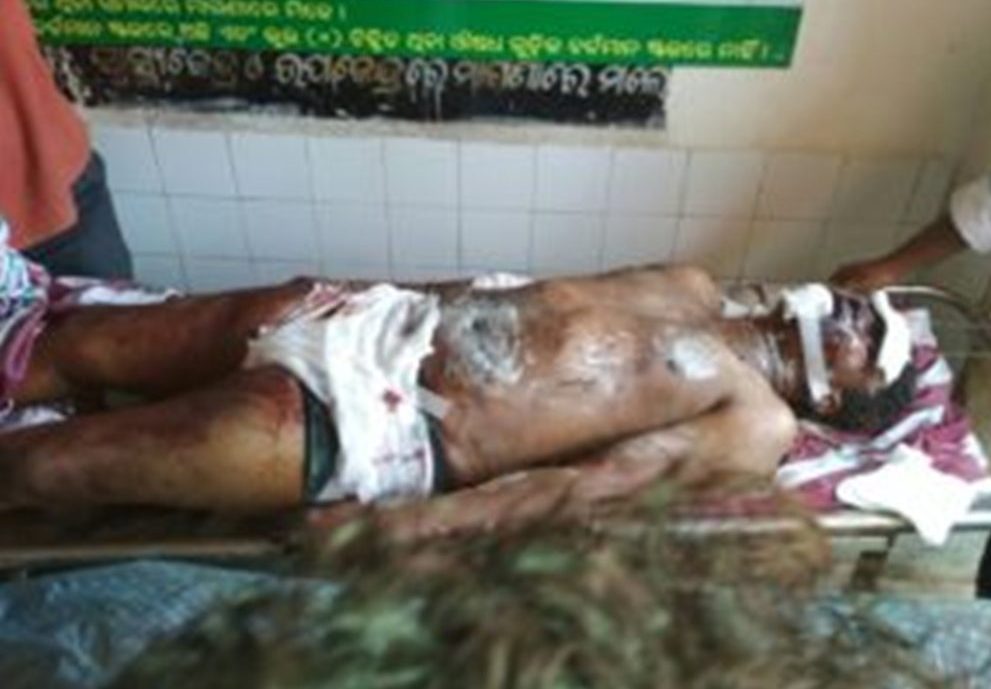 Balangir: Marriage celebrations turned into tragedy as two members of a Balangir-based family were killed and another was battling for life after an explosion at their home today.

As per reports, a newly-wed couple suffered grievous injuries while a gift pack exploded while unwrapping at their home at Bholanathpada in Patnagarh in Odisha’s Balangir district.

While the man and woman were shifted to IGH, Rourkela and Balangir hospitals respectively, another woman identified as groom’s grandmother who was also grievously hurt in the explosion succumbed to her injuries on the way to Balangir hospital.

She was declared dead on arrival by the attending doctors.

Notably, one Soumya Sekhar Sahu of Patnagarh and Reema Sahu got married on February 18. This afternoon, the couple along with other family members were unwrapping gifts when one of them exploded.

While Soumya Sekhar was rushed to Rourkela hospital for treatment and later to Burla, his wife Reema has been admitted to the district headquarters hospital here. Later, she was also shifted to the government-run medical college and hospital in Burla.

However, Soumya Sekhar too succumbed to the injuries at the hospital while undergoing treatment at VIMSAR, Burla.

On the other hand, Soumya Sekhar’s grandmother Jemamani Sahu, who had also received critical injuries in the blast, was also rushed to the district headquarters hospital here where doctors declared her ‘received dead’.

Sources further said that the family had received a parcel from Raipur this afternoon at around 1.20 pm. While the identity of the sender was yet to be ascertained, police are investigating into the matter.

Scientific team and Patnagarh police probing into the incident told media that the explosion was caused due to crude bomb.