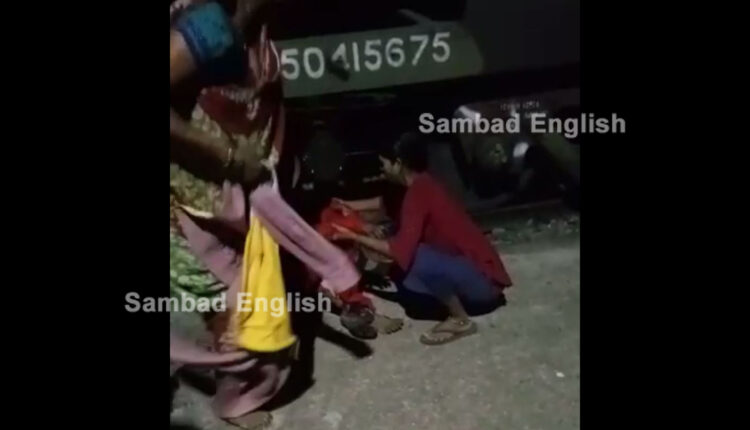 Khordha: A girl sustained grievous burn injuries after she came in contact with a live electric wire while taking selfie atop a train at Tapang railway station under Sadar police limits in Khordha, today.

The girl has been identified as Sipa Sahoo, the daughter of Bijuli Sahoo from Malipada village of the district. Sipa is a Plus III college student.

An eyewitness said that the girl climbed the oil tanker attached to a stationary goods train in the morning to take a selfie leading to the fatal incident. Along with some of her friends, she had come to the railway station when they were on a morning walk.

All of a sudden, the girl lost control over her and fell down. She caught the livewire while falling down and invited the danger. She has sustained 80 percent burn injuries, the eyewitness stated.

The injured girl was rescued by some locals and rushed to the Khordha district headquarters hospital (DHH) for treatment. Later, she was shifted to a health facility in Bhubaneswar after her health condition deteriorated.

The condition of the injured is critical now and she is undergoing treatment, a police official said.

Covid vaccines prevent death in kids regardless of variant: Study