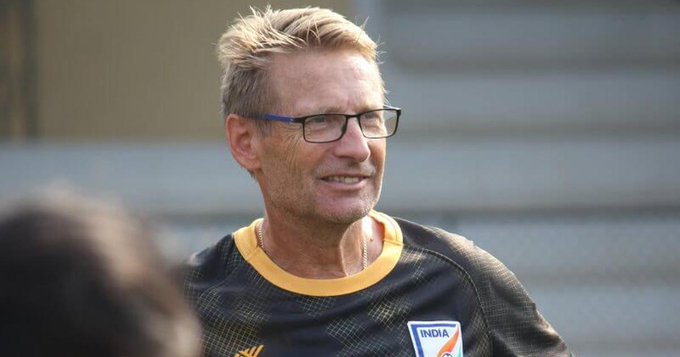 New Delhi: With the Indian U-17 team placed in Group A with the United States, Brazil and Morocco, head coach Thomas Dennerby believes that playing enough matches against quality opponents is the key for them to improve as a team and do well in the FIFA U17 Women’s World Cup to be held in October.

The India U-17 girls are currently participating in the 6th Torneo Female Football Tournament, where they have already faced the likes of Italy and Chile.

Dennerby believes giving his side enough time on the pitch will be the key.

“Time is key for us. The more we play at this level where it’s more physical than the girls are used to, we get better as a team. Hopefully, we can take it to step by step and start handling these games. But first of all, we need to have a good performance against Mexico,” Dennerby was quoted as saying by the ALL India Football Federation (AIFF) in a report on its website.

The Young Tigresses have faced defeats against superior opponents like Italy and Chile this week, but Dennerby feels such obstacles can be overcome by performing as one unit.

“The girls are fighting and trying to do their best, but if you compare our team with the others, they are a bit more technical than us,” he quipped.

“They’re a bit stronger, a bit quicker, so we need to take care of these games as a team, and not rely on individuals. But hopefully, if we can have a good game together, and have good results.”

One of the key areas where the 62-year-old Swede wants to see his team improve is the goalscoring section.

“When we play teams of this level, we need to utilise the goalscoring chances we have. If we do that, we will be in a good position,” he stated. “The only thing that we can do is to try and have another good game. We need to have a better game than we had against Chile.”

India are hosting the FIFA U17 Women’s World Cup for the first time from October 11-30 with matches played at three venues in Bhubaneswar, Margao and Navi Mumbai.