Gitanjali Batmanabane is the new director of AIIMS-Bhubaneswar 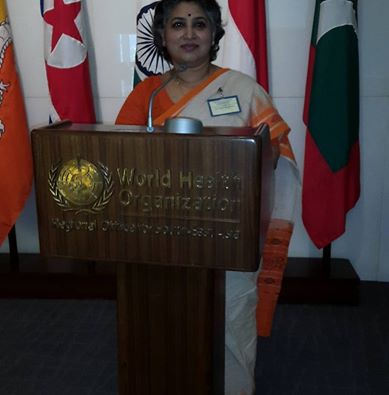 Dr. Gitanjali Batmanabane of Jawaharlal Institute of Postgraduate Medical Education and Research (JIPMER), Puducherry has been appointed as the new director of All India Institute of Medical Sciences (AIIMS)-Bhubaneswar.

She will be soon taking charge as the new director of AIIMS-Bhubaneswar.

She replaces AIIMS-Bhubaneswar’s founding director Dr. Ashok Mohapatra, who will be reverting back to AIIMS-New Delhi and join as the head of Neurosurgery and Clinical Neurology departments there.

Currently, Dr. Batmanabane is serving as the Professor and HOD of Pharmacology department of JIPMER.

Earlier, to her stint at JIPMER Dr. Batmanabane served with the World Health Organisation (WHO) from 2010-2012.

“I have to look at the medical education part and what else course we can start. May be new post graduate courses. In the hospital services side, we need to prioritize main areas in which we can excel. So we will have to finalize something, what we want to become, perhaps the best in India. So I believe that the present director of AIIMS-Bhubaneswar has given it a great head start and that has to be strengthened and working from a position of strength we have to see how much forward we can go,” said Dr. Batmanabane speaking to a local television channel here.

Notably, Dr. Mohapatra had joined AIIMS-Bhubaneswar as its founding director in 2012.