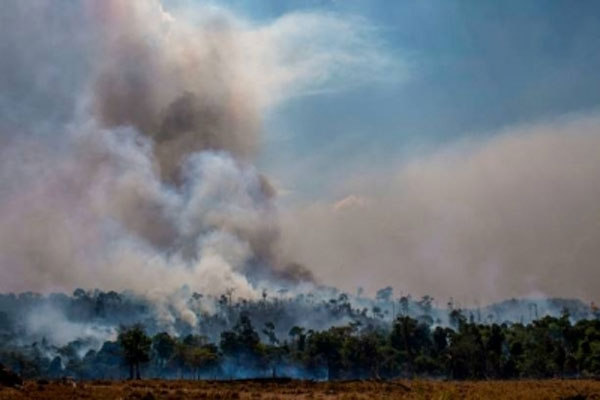 Seoul: The rate at which the forests are disappearing slowed by nearly 30 per cent from the first decade of the century to the period from 2010-2018, a key report launched on Tuesday by the Food and Agriculture Organization (FAO) of the UN.

But the earth’s tropical rainforests are still under the greatest threat, whether from livestock grazing in South America or expansion of croplands such as oil palm plantations in Asia.

That’s despite the fact that the rate of deforestation in fact slowed down in South America as it did in South and Southeast Asia between 2000-2010 and 2010-2018.

“This survey is important, not just for the new numbers it gives us but for what it tells us about forest area trends and what’s driving deforestation, also the crucial ability it gives us to monitor how things are evolving,” said FAO Deputy Director-General Maria Helena Semedo.

“Unsustainable agricultural development and other land uses continue to put intense pressure on our forests, especially in many of the poorest countries. But there are win-win solutions which we can and must scale up to feed the world without destroying our forests.”

The main drivers of deforestation include cropland expansion (including oil palm plantations), causing almost 50 percent of global deforestation, followed by livestock grazing, accounting for 38.5 per cent.

Oil palm alone accounted for seven per cent of the global deforestation from 2000 to 2018.

Similar phenomena were detected in Central America’s Tropical dry forest and Tropical shrubland. But the small number of samples in these eco-regions, means further investigations are needed to confirm these findings.

Planted forest area increased by 46 million hectares in the period 2000-2018. Almost one-quarter of forests planted in this millennium replaced naturally regenerating forests, with half of this area in South and Southeast Asia.

The FAO-led study is based on the consistent analysis of 400 000 samples by more than 800 local experts from 126 countries and territories.

It has helped to build capacity at national level by training the experts in the visual analysis of remote sensing imagery to monitor forest and land-use changes.