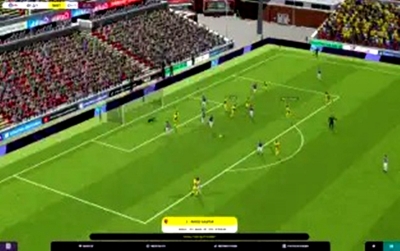 New Delhi: Apple Arcade, a video game subscription, on Thursday announced the launch of global-hit football game ‘Football Manager 2023 Touch’ (FM23) on the platform, along with new updates to the popular games.

The new game is available across all the Apple devices including iPhone, Mac and Apple TV.

“FM23 Touch is designed to make your career progress slick and seamless, wherever you play,” the company said in a statement.

‘Football Manager 2023 Touch’ is enhanced for mobile, with speedier seasons and a focus on the managerial essentials.

“Experience the closest thing to being a real football club manager by taking charge of the world’s greatest football teams. Players can write their own football story and live out their dreams,” according to the company.

The two new highly-requested modes are added to the ‘Mini Motorways’ game — ‘Endless’ and ‘Expert’.

The update also added an ‘Expert mode leaderboard’ to every map, so that the players can compete for the top position.

With the latest update in ‘Garden Tails: Match and Grow’, users can see a new sixth garden in the game, which includes new levels, 25 new plants, and six new animals.

With the latest update in ‘Gibbon: Beyond the Trees’, users can add “new level blocks, more achievements, and an in-game collectable encyclopedia”.

In the ‘Crayola Create and Play+’ game, the latest update added a Thanksgiving-theme in-game event and also includes a new How to Draw video.