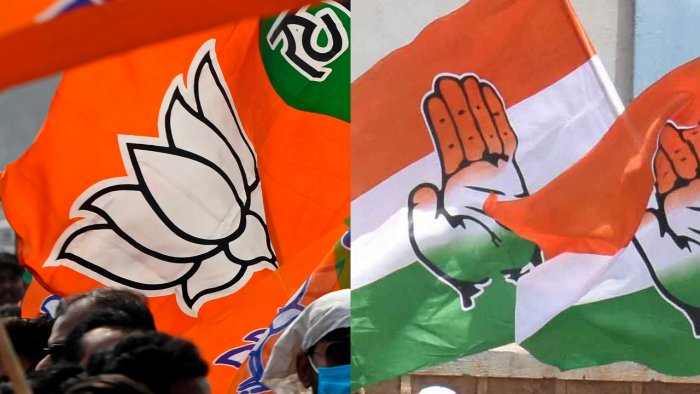 New Delhi: The ruling BJP was leading on 18 seats, while the Congress on 11 seats in the 40-member assembly in Goa, as per the Election Commission of India data at 11 a.m.

The Maharashtrawadi Gomantak Party that has joined hands with the Trinamool Congress is leading on 4 seats and so are the Independents.

The Aam Aadmi Party (AAP), the Goa Forward Party and Revolutionary Goans Party are all leading at one seat each, as per the trends available at 11 a.m.

Goa Chief Minister Pramod Sawant is trailing with 1,648 votes on his Sanqulim constituency with Congress’ Dharmesh Saglani leading with 2,094 seats at 11 a.m.

Utpal Manohar Parrikar, son of former Chief Minister Manohar Parrikar, who contested as an Independent, from his Panjim seat, was trailing with 784 votes. BJP’s Atanasio Monserrate was leading with 1,167 votes.

As per the ABP C-Voter Exit Poll, the 40-member Goa house is likely to witness a hung assembly with ruling BJP and Congress projected to be neck-and-neck. Smaller parties such as the Trinamool-MGP combine, Aam Aadmi Party (AAP) and Independents may emerge as the kingmaker, the Exit poll had predicted.