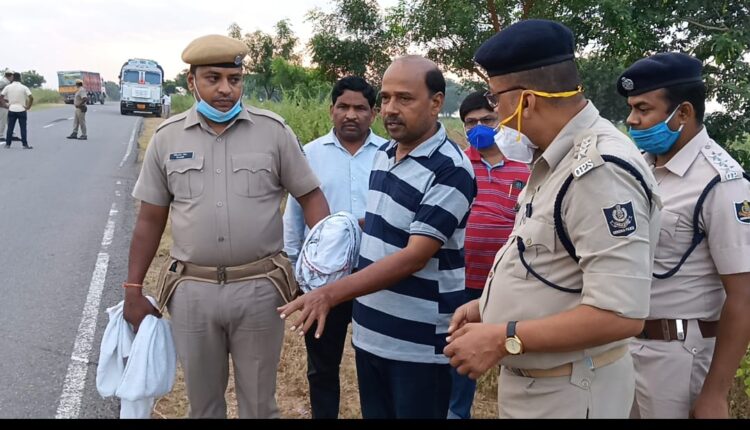 Not suicide, my husband has been murdered, alleges Gobinda Sahu’s wife

“With the mysterious death of Mamita Meher murder case prime accused Gobinda Sahu, the case won’t meet its logical conclusion. It was a big conspiracy. We suspect it is a murder not suicide. It requires a high-level probe preferably by the CBI,” said Congress MLA Santosh Singh Saluja.

Speaking on the death of Gobinda Sahu, he said, “Initially, Gobinda Sahu had anticipated that he will be acquitted by the court in the sensational Mamita Meher murder case. After the deceased’s family members became witness in the case, the accused was under immense mental pressure. He realised that for whose he was involved in wrong acts and supplying women, and those who had assured him to save him in the case, all started renouncing and he was sure that he will be convicted in the murder case. With no option left, he died by suicide inside the jail.”

He raised the question under which circumstances the accused managed to find a rope to hang self inside the cell as he was given VIP treatment on direction of former minister Dibya Shankar Mishra.

“As told by other jail inmates, Gobinda Sahu, who was an undertrial prisoner, was treated very nicely and he was provided all comforts inside the jail by those who had assured him for release, he said, asking “how he could manage to bring rope for suicide and how the jail authorities could not be able to see it.”

Targeting the BJD, the BJP alleged the ruling BJD behind the death of Mamita Meher murder accused Gobinda Sahu.

“Gobinda Sahu was acting on the direction of BJD MLA and former Minister Captain Dibya Shankar Mishra. He pressurised him for suicide. The death of the prime accused is an effort to give clean chit to Mishra,” claimed BJP Mahila Morcha President Smruti Patnaik adding, “a probe must be conducted to find out whether Gobinda Sahu was killed or forced to commit suicide.”

Earlier in the day, Anusaya Jena, DIG of Prisons, Sambalpur Range, had been directed for the probe asking him to submit the preliminary report today.

According to reports, he was found hanging from a tree on the jail premises with a rope, following which he was rushed to Kantabanji Sub-divisional Hospital by the prison authorities. Later, he was declared dead at the hospital.