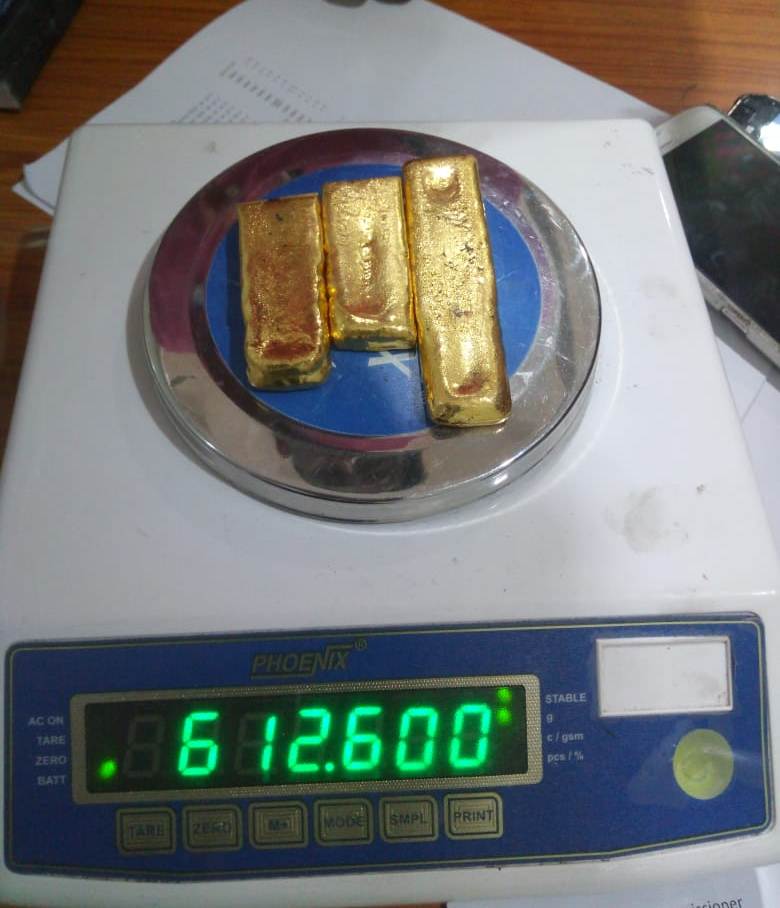 The Custom officials have detained two passengers for interrogation in this connection.

Odisha: Gold worth over Rs 50 lakh seized in Bhubaneswar…

Sources said the gold bars weighing over 612 grams were concealed in the rectum of the one of the passengers.

On July 10, gold chains worth Rs 5.33 lakh was seized from a passenger, who had arrived at the BPIA from Bangkok by an Air Asia flight. The gold chains were found concealed beneath the passenger’s t-shirt collar.