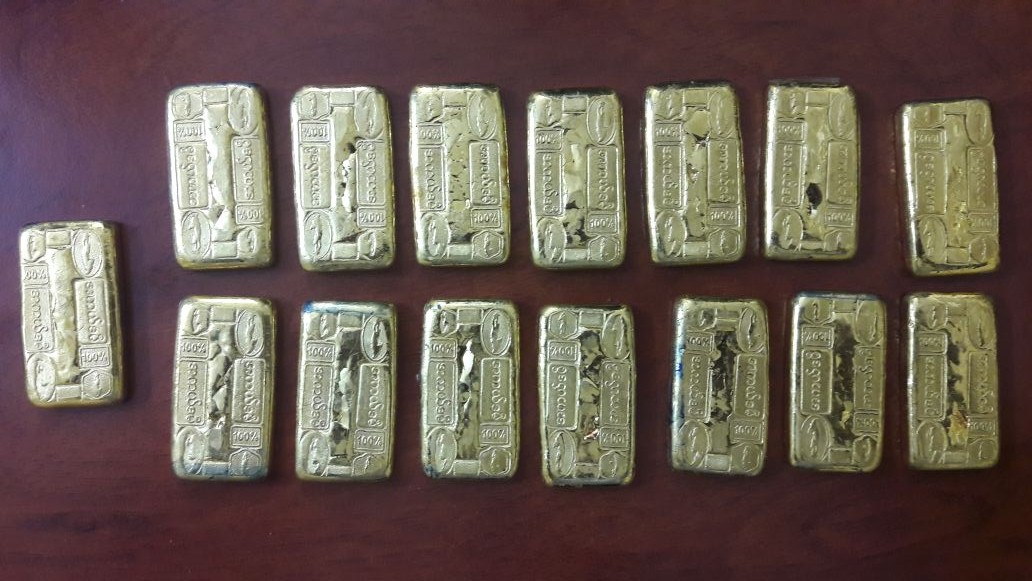 Acting on intelligence inputs, the officers intercepted the passenger, who was travelling from Guwahati to Chennai in SRC MAS SF Special train, at about 8.50 pm, a press note of the DRI said.

“On examination, it was noticed that the passenger was carrying foreign marked gold biscuits in the pockets of inner vest and shoes. A total of 15 gold biscuits with Myanmar markings, weighing 2494.97 grams and valued at Rs 76,59,557, were recovered from him,” the press note said.

“The passenger attempting to smuggle the gold into the country has been apprehended. The smuggled gold has been seized under Customs Act, 1962. Further investigation is in progress,” the note added.