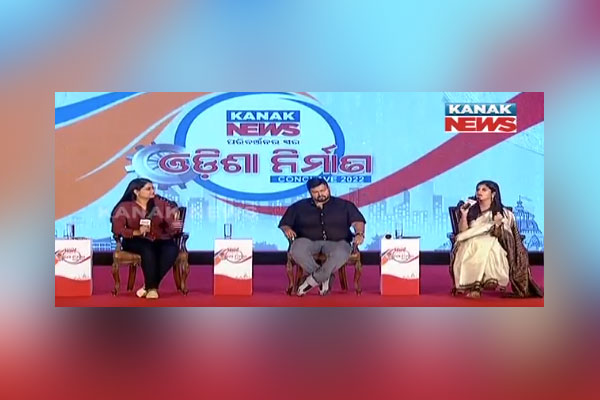 The Odia filmmaker, who has made films for theatrical releases and contents for OTT releases, explained that cinema and OTT contents are completely different and provide entirely different experiences to the audiences. Hence, the two can’t be compared with each other.

Talking about the significance of good content in the recent times, Anupam said, “Audiences today have a lot of options when it comes to consuming entertainment contents. So, we have to make films keeping that in mind.”

The Odia filmmaker said that the formula to making a successful movie is good content, its originality and team work.

“2022 has been a wonderful year for the Odia film industry. As a filmmaker, I would always focus on making good films and my team of young and dynamic members is motivated to do good work. But, we’ll need support for that. For our films to succeed, people need to come to theatres to watch them and for that we need more movie theatres at district levels,” Anupam said.

Applauding the entire team of Odia theatrical drama ‘Ahe Nilashaila’  for its humongous success, Tanaya Patnaik said, “A lot of people have not watched the play yet. So, we will stage it again.”

“We have always had incredible stories but we didn’t have enough confidence to tell them. Time has changed now. Well made stories will be watched whether in theatres or OTT platforms,” she said.

“A couple of years ago Anupam’s movie ‘Tulasi Apa’ didn’t make it to the IFFI. But, his latest movie ‘Pratikshya’ did. It has received so much appreciation and now a Hindi remake of it has been announced. So, a little perseverance is also important,” she added.

Anupam’s latest movie ‘Pratikshya’ made it to the list of 25 Feature Films that were screened at (International Film Festival of India) IFFI. It was the only Odia movie in the list. Recently, Bollywood actor Anupam Kher announced to remake the film in Hindi.

BJD urges Centre to procure all surplus paddy from Odisha,…