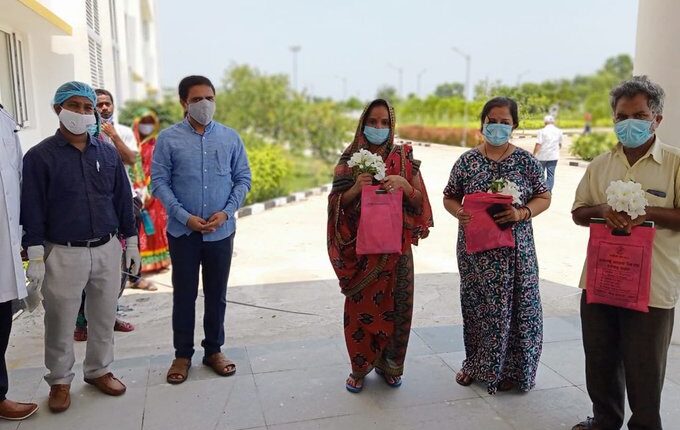 Berhampur: Convalescent plasma therapy seems to be a new hope for COVID-19 patients in Odisha’s worst-affected Ganjam district. As many as three patients who were administered plasma got cured of the deadly disease.

District Administration today shared the news wherein Collector Vijay Amruta Kulange tweeted: “Glad to share that these are the first three patients who got Plasma & got cured in Tata Hospital. We appreciate the efforts of our doctors. We request all cured patients to come forward for plasma donation.”

While the District Collector has appealed to cured patients to donate plasma, as many as 291 people have already registered themselves for the noble cause.

Plasma therapy for serious COVID-19 patients began in the district on July 22. The plasma bank which was set up at SCB Medical College and Hospital had collected plasma from cured patients and were administered to serious patients. The trial showed promising results and then it was extended to other Covid hospitals.

A sum of Rs 25 crore was sanctioned from CMRF for setting up of plasma unit in Ganjam.

With these encouraging results, the state government had decided to open plasma banks at various places in the state.

Among the plasma donors, Patrapur Tehsildar Srinivas Behera, who got cured from the fatal infection, donated plasma to help save critical lives.

Worth mentioning, over 50 percent of total deaths have been reported from Ganjam district. Of the 154, 85 people have died of the disease as of now. So far, 9501 positive cases have been reported from the coastal district of which there are 3414 active cases. What is encouraging for the district administration is, nearly 60 percent of infected people have recovered in the district i.e, 5996.