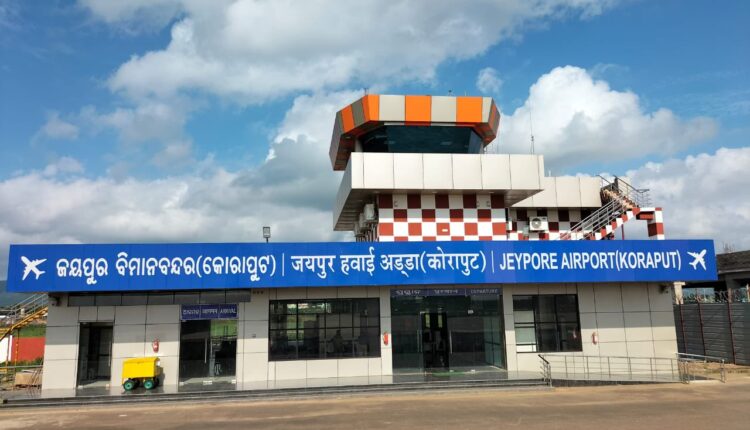 Koraput: Scheduled airline operation of Jeypore Airport in Koraput is about to begin as the new aviation facility is ready with full compliments and license application has been made for the purpose.

After obtaining the requisite license, Odisha will have great hinterland connectivity, a source said.

Taking to its official Twitter handle, state Commerce and Transport department today wrote, “Big news! #Jeypore airport is ready with full compliments and application made for requisite license scheduled airline operation. #IndianOne airline is ready and once the airport license is issued, #Odisha will have great hinterland connectivity. #Airlines #Koraput.”

It is pertinent to mention here that a team of Directorate General of Civil Aviation (DGCA) previously visited Jeypore airstrip on July 22, 2022. The three-member team had raised certain issues pertaining to safety and security of the runway and sought an early compliance by the district administration prior to giving final permission for flight operations.

The team along with few district level administrative officials had reviewed the runway, protection wall, peripheral security of the airport, passenger safety, technical instruments and other facilities.