Good news! .FEST to be held every year in Odisha capital 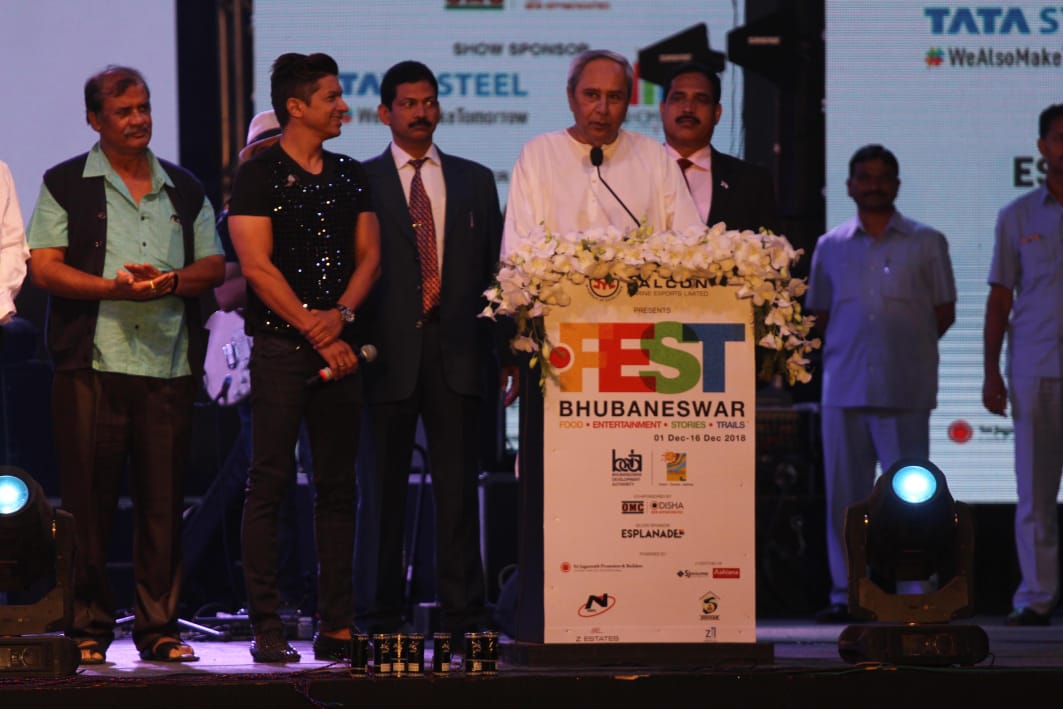 Bhubaneswar: Here’s good news! The ‘.FEST’ (Food, Entertainment, Storytelling and Trails), which is currently the talk of the town, will be held every year. This was announced by Chief Minister Naveen Patnaik today.

Attending the show on its 9th day this evening, Patnaik said: “I am extremely happy with the success of .FEST (Bhubaneswar City Festival) and we will host this festival every year.”

Bollywood playback singer Shaan was the main performer for the gala night, which was witnessed around 40,000 people from across the city and nearby places. The popular singer, who was recently pelted with paper balls and stones during a concert in Assam, left the packed-audience spellbound with one after another hit Bollywood numbers.

Singing in tandem to the lyrics, audiences were given the chance to catch Shaan’s mesmerizing voice as he presented some of his signature tracks from the likes of ‘Don’, ‘Chand Sifarish’ to the ever memorable, ‘Tanha Dil’. Audiences were also elated as Shaan invited everyone to join in on his singing and raise the bar for a yet one of a kind experience at the festival. His performance included a hip-hop medley of ‘One Love’, ‘Main Aisa Kyun Hun’ and many more!

The show began with an enchanting show by Bengali singer, June Banerjee who sung popular tracks like Tamma Tamma and ‘Ae Dil Hain Mushkil’ to name a few.

Expressing his gratitude to the CM and audience for inviting him to perform at the fest, Shaan said “It was wonderful to hear Honorable Chief Minister Shri Naveen Patnaik announce that .FEST will be held every year. It will give everyone a chance to watch and hear big names perform live. I am very thankful to be invited to perform in this beautiful smart city of Bhubaneswar. The city infrastructure is very impressive and most of all is the warmth of the people of Bhubaneswar which has given me so much love today. I am thrilled at the opportunity of being able to performance for such a captivating audience.”

Amidst the on-going performances, the fourth day of BhuFeSto witnessed large crowds again with unique storytelling sessions. Offering a mouth-watering experience with wafting smells of delicious food, The International Street Food Festival continues to draw in a vast number of people for an exhibition of authentic and international fare from over 16 countries and multiple states across India and Odia cuisine.

Tomorrow, .FEST is set to wow audiences with Sufi Music, as Rituraj and Nooransisters will take to stage to perform for the people of Bhubaneswar.