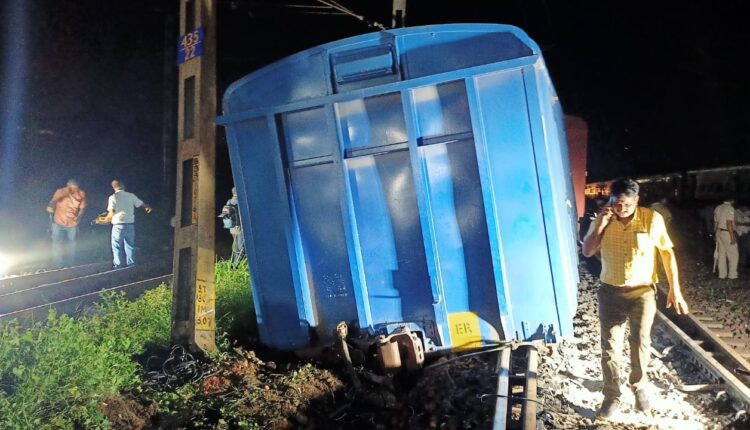 Bhubaneswar: Five wagons of a goods train derailed at Bhubaneswar Station Yard at around 8.35 pm today.

The cement-laden train was on its way to Vizianagaram from Chakradharpur division when the mishap occurred, said sources in the East Coast Railway (ECoR).

Train services got affected for some time due to the derailment, sources added.