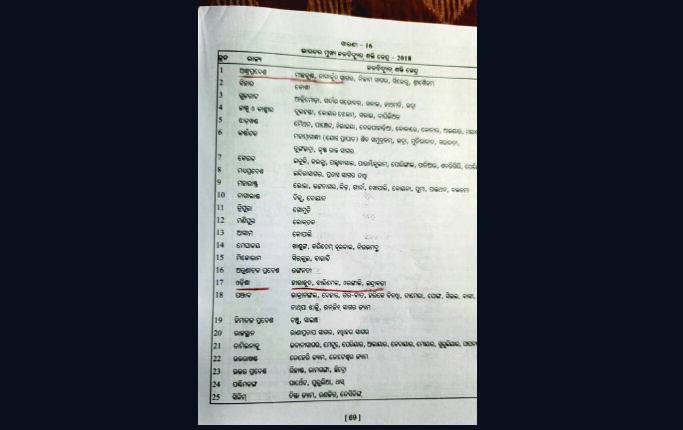 Bhubaneswar: At a time when Andhra Pradesh’s alleged incursion in Kotia region of Koraput district remains controversial, a goof-up in the Geography textbook of Class-X published by the Odisha Board of Secondary Education (BSE) might leave the administrators of the state red-faced.

In a page of the book containing state-wise hydropower projects of the country, Machkund hydel project, which is located in Koraput district, has been mentioned as a project situated in Andhra Pradesh.

The error in page number 69 of the textbook published in 2018 has come to fore and drawn sharp criticism from various quarters.

Moreover, the mistake has remained uncorrected in the revised edition of the book published this year.

Besides, Kolab hydropower project in Koraput district has been omitted in the list of hydel projects in Odisha.

In another page, it has been mentioned that a thermal power plant is located in Balimela of Malkangiri district, which is factually wrong.

Worth mentioning, Machkund river flows through Koraput district while the reservoir was constructed in 1955. The expenditure was borne by the governments of Odisha and Andhra Pradesh.

Both the states share electricity produced from the reservoir equally. The power generated from it is supplied to Vijayawada, Visakhapatnam, Koraput and Jeypore.