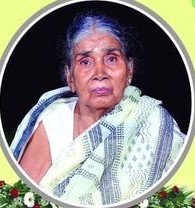 The significance of the line – “Death lays his icy hand on kings” in the poem “Death The Leveller”? and “The Glories of Our Blood and State “of James Shirley is that death discriminates none, be it the king or a commoner. Death is a great leveller. In death everybody is equal. Wealth, religion, caste, class, status, position etc., all become non-entity in death. No matter how rich, powerful you were, you just need a small piece of land for your burial. Same with any common man. The aide-memoire of above is that in the course of life, death is one day going to strike everyone. In other words, everybody will succumb to the inexorable journey of times.

Though we witness the death of humans every day, the news of the death of any near and dear ones triggers a sense of grievance, heart burning and consternation in our mind. But it needs to be accepted gracefully as it is the only reality in this mundane world. However, it is love, affection, compassion and family relations that help us to sustain our lives in the face of any uncertainty, vicissitude and cataclysm.

However, the birth and death of any human even animal is unfathomable and shrouded in arcane occultism -the influence of supernatural or supernormal powers. Though Hindu mythology speaks about re-birth and many people believe reincarnation or rebirth, it is yet to be scientifically proved. The existence, shape of the human soul before and after a demise is yet to be unravelled. No one has yet been able to say exactly where the humans were before birth and where do they go after death. However, it is a common belief that it was part of God’s creation and again the soul is dissolved with God after death.

Hence, when birth and death is not within one’s hand, it is very imperative what types of life one is leading; how he/she is discharging his/her social, official responsibilities; how much he/she has contributed to society etc. What is most important, how one grapples with a trying, troubled and grim period of life and uphold human, ethical and moral values.

The real test of one’s personality lies not with halcyon periods but in horrid times. Here we pay tribute to a woman who stood firm, rock-like in the face of misfortune of life and endured an excruciating experience of life with courage and fortitude. She is no other than late Gosamani Das (lovingly called as Tush), who passed away at the age of 88 years at her son’s residence in Bhubaneswar on March 28, 2021.

It is noteworthy that people are evaluated or assessed on how much they have contributed to society; what they have accomplished in life, how they have nurtured and nourished their children. In the case of any women without much degree or job, we can evaluate how she has nurtured her children and managed her family. This aspect is more relevant today as a society is increasingly getting degraded, perverted, and soiled day by day and it is becoming tough to build our children as good humans. Many parents today have failed abysmally despite having power, position and wealth.

If all parents build their children as good human beings, instil moral values, honesty and integrity, we can have a better society bereft of crime and violence. At least the magnitude of crimes will decline. In this situation, the life and sacrifice of late Gosamani Das act as a beacon for others who was an ideal mother in grooming her children in the face of adversity.

Late Gosamani Das was born on 6th September 1933 in Mohapatra Sahi of Mahanga /Koshida village, near the bank of river Chitrotpala, under Patkura Assembly constituency. She was the second eldest daughter and second senior child of her parents. She had two sisters and two brothers. Another important acquaintance was that she was the elder sister of retired Indian Administrative Service Officer, Jnanpith Award winner, Padma Vibhushan, Dr Sitakant Mohapatra, and industrialist late Er Tarakant Mohapatra. She had also a tremendous contribution in inspiring her brothers to achieve laurels in life.

She was married to Purna Chandra Das of Nadiabarei of Patkura. But the irony of fate was so awful, gruesome that a few years after the marriage she lost her husband, the most precious thing for any married women. She was the mother of two sons at that time, and her third son is about to take birth after five months. The eldest son was 4 years and 5 months old, while the middle son was only 3 years and 4 months.

In this critical juncture of life, she did not lose composure and equanimity and resolved to nurture and nourish children properly and make them established and good human being. As her two brothers were established, many problems were alleviated, but the main problem before her was how to make his three sons good human being too as children without father are more likely to become wayward and awry. Her parents and brothers became a great help. For this, she and her children spent most of their time (including schooling) in her father’s village (which is also the author’s village).

The children were also deeply influenced by maternal grand-father (who was an ideal teacher) and Uncle’s ideals. Her three sons are now well-established. The eldest son, Dilip Das, is an industrialist, and the middle son, Pradeep Kumar Das, has retired as general manager of the Ferro Chrome and youngest son Santanu Das is working as Excise Superintendent of Cuttack district. Most importantly, she has made children better human beings who hold human values, moral values with high esteem.

Nowadays, children are becoming obstinate, stubborn because of, lack of cohesiveness and frequent squabbles, arguments between parents. For stability, peace and smooth functioning of a family, while the father tells the children how important the mother is in a family, the mother preaches to the children how important the father is and why he is to be revered and why his decision should be hounoured. Despite the demise of her husband, late Gosamani Das was used to invoking reverence and obeisance regularly among her children for their heavenly father. This may be another reason for making children disciplined and ethical.

The late Gosamani Das was my father’s cousin, that is, my aunt. As I had lost my mother, when I was only 6 years old, her motherly affection was of great help to me. I used to spend most of my times in her house and used to read Shrimad Bhagavata, Bhagavad Gita, Puran in her house. She also used to console my father when he was facing emotional stress due to the loss of my mother. There was a great relationship between her family and our family. The author’s childhood and school life cannot be written without her.

She had affection not only for her own children, but also other children, and used to praise others for their good qualities and successes. She was frequently praising and inspiring me as I was a good student. She was a philanthropic, kind, loving, humanist, sympathetic, pious and spiritualistic woman and involved in various religious activities and associated with religious institutions. She was the embodiment of prudence, justice, temperance and fortitude. As the children grew older and established, she got engaged in various social activities.

Her approach to life while in distress especially the way she nurtured children to make established and good human beings will be an example to present modern women. She was an ideal mother whose life to be emulated. I pay my homage to the departed soul and express deep condolence to her bereaved family.