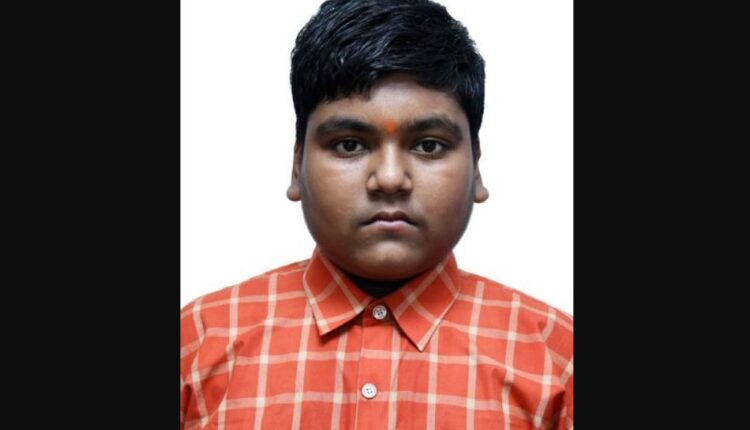 Bhubaneswar: Goutam Das, a student at Sai International School here, has emerged as Odisha topper in the JEE Advanced Examination-2021, results of which were announced by National Testing Agency (NTA) today.

Goautam topped the entrance in the state and secured All India Rank (AIR) 28.

Son of a businessman in Balasore, Goutam had topped the JEE Main in the state by scoring 99.99 per cent.

Das had taken admission at Sai International School after clearing Class 10 from an Odia medium school in his hometown. He was also the Odisha topper of the National Entrance Screening Test (NEST) to secure a seat in National School of Science Education and Research (NISER).

He wants to pursue computer science at IIT Bombay.

Speaking on his future plans he wants to graduate in Computer Science and later become an IAS officer to serve the nation.

At the national level, Jaipur’s Mridul Agarwal scored the highest ever percentage in the history of the entrance examination by securing 348 out of 360 marks with 96.66 per cent.

“I am elated that SAIoneer Goutam Das has secured All India Rank 28 and No. 1 in the state in the IIT JEE Mains 2021. His hardwork, perseverance and dedication has reaped fruits of success. He has not only made the school proud but also the entire state is proud on his infallible accomplishment. I wish him all the best in his future endeavours”, said Dr. Silpi Sahoo, Chairperson, SAI International Education Group.