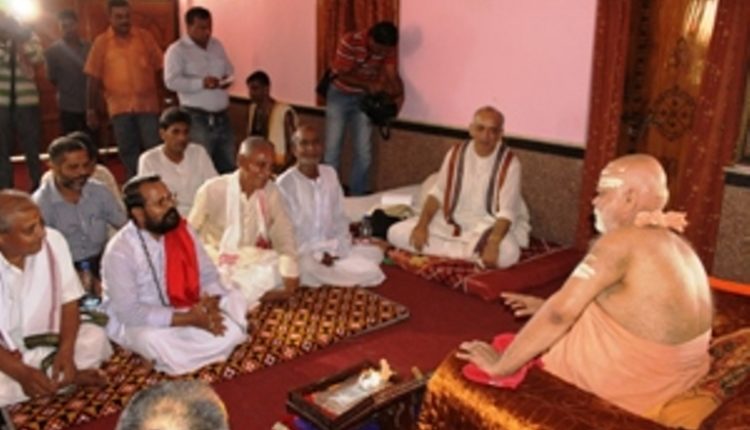 Bhubaneswar: The Govardhan Peeth in Puri is no longer under the purview of the Endowment Commissioner as the State Assembly today passed an amendment to the Odisha Hindu Religious Endowment Act, 1951.

Only three ministers, 26 BJD legislators and five Congress MLAs were present when the amendment bill was passed in the House in the afternoon whereas BJP MLAs were staging a dharna in the Assembly premises.

It is believed that Adi Shankarachrya had established Govardhan Peeth apart from three other monasteries at Dwarka, Shringeri and Joshimath.

Demands had been made from different quarters to exclude the Govardhan Peeth from the ambit of the Endowment Commissioner. Following this, the State Cabinet had decided to amend the Odisha Hindu Religious Endowment Act 1951 last month.

Assembly Speaker Surjya Narayan Patro has adjourned the proceedings of the House for two days after the amendment bill was passed.