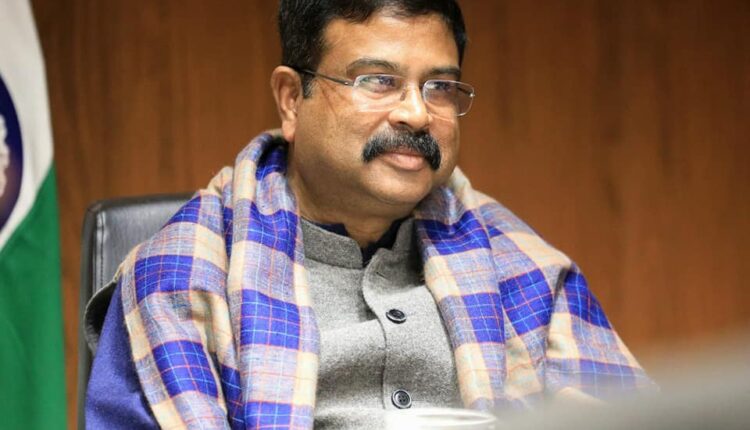 Bhubaneswar: While mystery has shrouded the alleged suicide of Mamita Meher murder case accused Govinda Sahu in jail, Union Minister Dharmendra Pradhan today said the death of an inmate inside a prison is suspicious and questionable.

“Death of a person inside a jail is highly suspicious and questionable. This is not a good sign. The mismatch and confusion over the DNA test report of deceased Mamita Meher has made the matter more serious,” said Pradhan.

“The authorities and officials of the concerned departments are answerable for the death. The purview of the investigation should be as per the law,” he said.

“What’s more suspicious is that as to how the death occurred inside the jail. The state government should carry out an impartial probe into the case to uphold its transparency,” the Union Minister said.

“Our party (BJP) has demanded a CBI investigation and I totally support it,” he added.

Worth mentioning, Govinda Sahu’s advocate made a shocking revelation saying that the recovered body remains were not of the woman.

“The skeletal remains recovered by the police and sent for DNA test were not of Mamita. The test has confirmed it,” said Govinda Sahu’s advocate and senior lawyer Debashish Panda.

“The DNA profile of the body remains didn’t match with that of Mamita’s parents. The Centre for DNA Fingerprinting and Diagnostics, Hyderabad had earlier sent a report in this regard to the Balangir police,” he said.

On the other hand, official sources said the portion of femur bone seized from the scene of crime was sent to State Forensic Science Laboratory (SFSL) in Bhubaneswar. The SFSL report stated that some portion of femur bone was identified as that of biological daughter of Suchendra Meher and Tulasi Meher (Mamita’s parents).

The 55-year-old accused allegedly died by suicide in Kantabanji sub-jail on December 20. He was reportedly found hanging from a window behind the jail kitchen in the morning. He was scheduled to appear before the court of JMFC on the very day.

The Odisha Police has ordered a Crime Branch probe into his death.

Preliminary probe suggested that he used towel to hang himself from the window, said Anusaya Jena, DIG, Prisons, Sambalpur Range. As trees have covered the backside of the jail, nobody could notice his extreme step, she added.

Jail warden Akshaya Mohanty has been placed under suspension for dereliction of duty.

The murder of 24-year-old Mamita Meher of Jharni village under Turekela block of Balangir district had sent shockwaves across the state. While Mamita was working as a teacher at the Sunshine English Medium School at Mahaling in Kalahandi district, prime accused Govinda Sahu was the managing committee president of the educational institution.

Mamita went missing on October 8, 2021. Alleging involvement of Govinda Sahu behind her missing, Mamita’s family members had lodged a complaint with police. On October 19, 2021, bones of Mamita’s body were exhumed from a stadium construction site of the school in the presence of police.

Govinda Sahu allegedly murdered Mamita, chopped off the body, set it on fire and dumped it under the ground. He also torched her bag, mobile phone and other belongings to eliminate the evidence.

Police said Mamita had warned Govinda Sahu to expose his extra-marital affairs, over which he strangled her to death inside his car on October 8, 2021.

With the death of Govinda Sahu, the trial in the murder case will proceed with his driver Radhe Shyam Chandi who was arrested for allegedly helping him in disposing off the body.