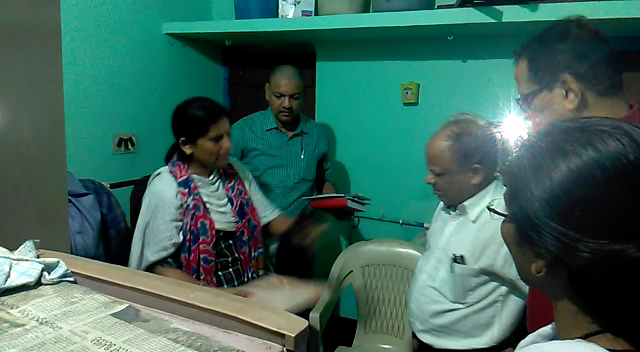 Berhampur: The superintendent of Bhanjanagar Sub-divisional Hospital (SDH) in Ganjam district was caught red-handed by Vigilance officials while accepting bribe from the kin of a patient today.

Reportedly, Bhanjanagar SDH Superintendent Dr Pitambar Dash had demanded Rs 5000 from complainant Bhanumati Barik for conducting a hernia operation of her husband at the hospital. With no option left, the woman brought the matter to the notice of the Vigilance officials.

Acting on the complaint, the anti-corruption wing laid a trap and caught Das red-handed while he was accepting the bribe this morning. The officials also seized the money his possession.

In a separate incident, Panchayat Extension officer of Khariput  under Bellaguntha block in the district was also held taking bribe today .

According to reports, PEO Panchanan Pradhan had demanded Rs 5000 from one Prabhat Bhuyan for submitting a verification report to release installment money in favor of his mother, who has been allotted a house under Pradhan Mantri Awas Yojana (PMAY).

The anti-graft unit laid a trap and caught the PEO red-handed while he was accepting the bribe money.