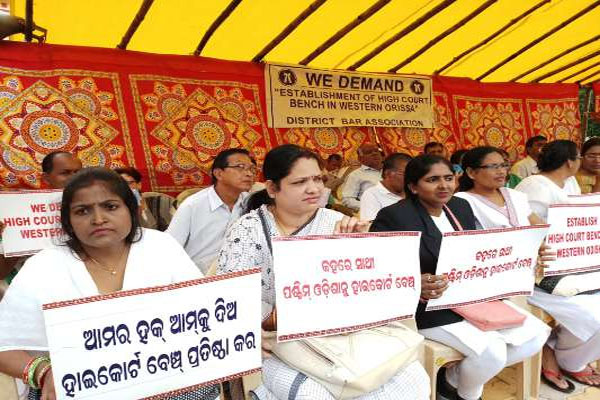 Sambalpur: Government offices in Odisha’s Sambalpur, which were closed during the agitation by lawyers of the district bar association since September 5, will open from tomorrow.

A decision in this regard was taken at the General Council meeting of the bar association today. “People of Sambalpur had wholeheartedly extended their support to the agitation and closure of government offices and courts. They recently urged us to lessen the intensity of the strike, for which we have decided to allow functioning of all government offices in Sambalpur from tomorrow,” a member of the association said.

However, the bar association has decided that courts in the district will remain closed. Notably, lawyers in Sambalpur had started the cease-work strike on September 5 demanding establishment of High Court bench in western Odisha.

Later, they resorted to a relay hunger strike which has been continuing for the last 92 days.