Govt official dies after being hit by police vehicle in Odisha 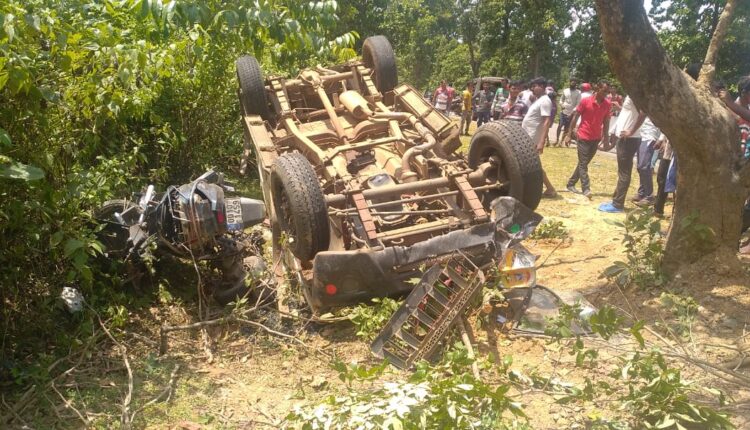 Malkangiri: In an unfortunate incident, a Gram Rozgar Sevak (GRS) died after being hit by a police vehicle near Pangam under Mathili police limits in Malkangiri district today.

Sources said police personnel of Mathili police station were heading towards Malkangiri in a SUV when GRS Balaraj Sahoo was coming from opposite direction on his scooter. Near Pangam, the police vehicle hit the scooter killing the Government official on the spot. The SUV also overturned after the collision.

Tension prevailed soon after death of the GRS. Irate locals assembled and staged a road blockade on NH-326 disrupting vehicular movements on the route. They also demanded compensation for family members of the deceased.

Police officials were pacifying the agitators till the last report was filed.